Flying Pooh, stealing chairs, and the right words at the right time. 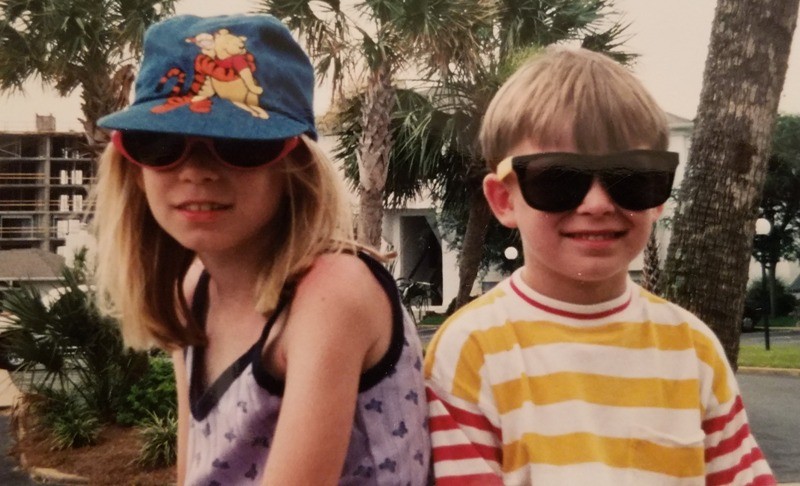 I love hitting the open road to head for destinations dreamed of and about to be realized. I doubt I’m alone when I declare that I enjoy the drive nearly as much as the destination. Interestingly, while I’m able to steer the car in the direction of our destination, my mind is another matter. It tends to wander down the pathways of past trips.  Odd things often happen when traveling, especially when traveling with family.

My brother was eight years my elder, which often caused conflict, especially on trips.  Once I gained the ability to walk and talk, he took off the kid gloves and set about teasing me at every opportunity.  One such occasion happened on the expressway at 60 mph.  He snatched my favorite stuffed animal.  It was a Pooh Bear that Santa brought me when I was 4 or 5.  He dangled it out of the window threatening to throw it out when the winds of fate snatched it from his hand.  Things got deathly quiet.  The look on his face was priceless. Given my parent’s reaction, I think he was watching his life flash before his eyes. There seemed to be a sad resignation in them, as though he realized he hadn’t accomplished all that he had dreamed in a life that he feared might be coming to a rapid close. Although I wasn’t happy Pooh took a tumble, I had to admit there was something funny about the situation and after a brief moment began laughing. It was then I first realized my sense of humor might be a bit odd.

It took Dad about a minute to pull the car over. Then he made my brother go rescue the silly old bear.  Do the math. At 60 mph, a mile goes by every minute. So it was about a two-mile round trip.  I was still laughing when he came back.  And you know, I think he was, too.

When it came to eating on the trip, we were picnic people. We would stop at rest stops, parks, and those roadside picnic tables you don’t seem to find too often any more. You know, the ones indicated by the sign with the tree leaning over it? I always thought those were to warn you that you could be crushed by an unstable tree while eating your baloney sandwich. We rarely stopped at a restaurant, fast food or otherwise. I always figured it was the cost factor. That is until one particular trip.

We were returning home from a trek to visit relatives in South Georgia. Apparently, there weren’t any leftovers to send with us or Mom didn’t feel like making baloney sandwiches before hitting the open road. Whichever the case, much to my delight we found ourselves at a McDonald’s. It was the ultimate gastro destination of my childhood. Sure, I loved Dairy Queen with her soft serve and Brazier burgers, but McDonald’s had singing commercials. I must admit I was little disappointed when the staff didn’t greet us with a chorus of “two all-beef patties” followed by an encore of “you deserve a break today,”  but just being in the land of Ronald was really enough. (if you don’t remember those great jingles…well that’s what YouTube is for.)

Being the end of the Labor Day weekend, we were not alone in our pursuit of the Big Mac. The line was long and seats were at a premium.  My mother, brother and I managed to find a table outside. When Dad arrived with the food, he was a tad upset to discover that there wasn’t a chair for him.  So he took one from the table next to ours. It was occupied by one boy and four chairs, three of which were empty. As soon as he tried to pick up the chair, the young boy grabbed it with both hands and tried to pull it back.

“You’re not sitting in it,” my father grumbled.

“But I’m saving it for my family,” the boy replied.

A rather awkward tug of war ensued, but my father had the boy by three feet and 150 pounds so you can guess how it came out.  It’s a shame there was no pay-per-view. Based on the interest in the struggle by the crowd at hand, we could have made a couple of bucks. I think the road may have worn my father around the edges on that particular day. I’m sure we stopped at restaurants on later trips, but none stand out…at least not like that one.

Lest you think I’m throwing my father under the bus, don’t. I have been just as susceptible to the ravages of the road. Thank goodness my son was there to bail me out.

We were heading toward Destin. I was at the wheel, my wife beside me, and my mother-in-law and my two young children in the back seat. As I recall, my son was about 4 and my daughter was 6. We had slogged through some heavy traffic coming out of Atlanta and frustrations were running high. I was trying to work the minivan over to the far right lane as we were in search of sustenance. Thick traffic made getting there a challenge. It also meant having to squeeze over into any available gap. This didn’t sit well with one driver who I pulled in front of and he let me know with a honk of the horn. I don’t know how you feel about folks who honk, but it crawls under my skin. Basically, here’s how it went:

Me: Oh, yeah? Well, I have just two words for you buddy….

Have you ever tried to navigate an off ramp with tears of laughter in your eyes? Thank goodness for the right words at the right time. I’m not sure what I would have said if he’d asked the two words I had in mind.

It was in that moment I came to understand what would drive a man to engage in a tug of war with a stranger’s child over a chair. If I had known then what I know now, I probably would have helped him wrench the seat away from that kid.