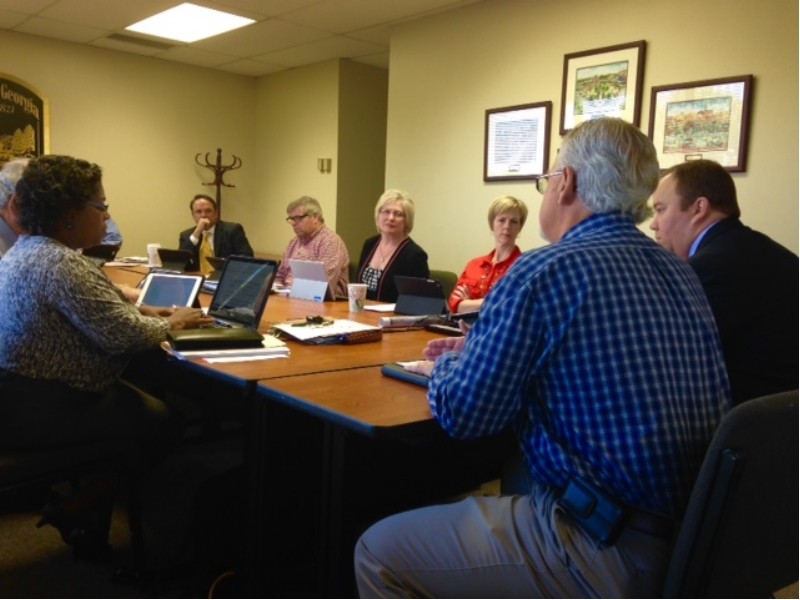 The 5-4 ruling, made in June, overwrites the portion of Georgia's constitution that defines marriage as a union between one man and one woman, something Governor Nathan Deal and Attorney General Sam Olens have said they will not fight.

"We have to recognize the same-sex retirement plans going forward," said Ed Emerson, an attorney with Morris, Manning and Martin Law Firm. Emerson helped draft the update with the Gainesville Retirement Board.

Joint and survivor options will be available to legally married same-sex couples retroactive to the benefit commencement date.

"What we're doing is allowing anyone who retired, who was legally married in some state (other than Georgia) to now go back and do a one-time retroactive election to elect a survivor benefit," said Emerson.

Prior to the ruling, same-sex marriage was legal in 38 states. The only bordering states to Georgia where it was legal before the ruling were Florida, South Carolina and North Carolina.

The plan, if approved, would let city staff notify retirees of the option, and allow for a 30 day response period to decide whether or not to opt in.

There would also be an "understanding that any excess benefit payments due to such election will be returned," according to city documents.

Essentially, Emerson said, this cleans up language in the city's pension plan that defines marriage as a man and a woman, as was consistent with Georgia law before.

The item was added to the consent agenda for the council's next meeting, Tuesday, October 20.