6:10AM ( 36 minutes ago ) News Alert
TRAFFIC (Forsyth Co.): Intersection of Canton Highway and Bethelview Road shut down due to wreck 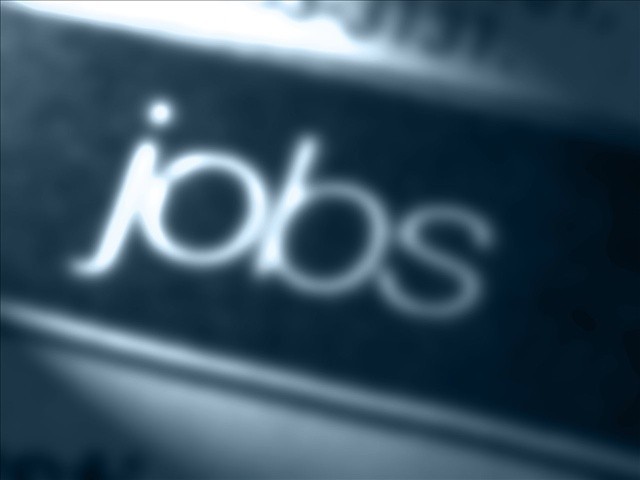 White House officials say just because they're at an impasse with congressional Republicans over a grand bargain on reducing the deficit doesn't mean they shouldn't look for other areas of agreement. So Obama plans to use a trip to an Amazon.com distribution center in Chattanooga, Tenn., on Tuesday to propose a "grand bargain for middle-class jobs."

Obama long has called for a cut in corporate tax rates, but previously insisted such business tax reform be coupled with an individual tax overhaul. He's dropping that demand and says instead that he's open to the corporate tax cut that that businesses crave. But he wants it to be coupled with a significant investment on some sort of job creation program, such as manufacturing, infrastructure or community colleges.

Congressional Republicans have long insisted on tying corporate and individual tax reform so that small business owners who use the individual tax code would be offered cuts along with large corporations.

Senior administration officials described the corporate tax proposal as the first new economic idea Obama plans to offer in the coming months, with budget deadlines looming in the fall. Administration officials wouldn't put a price tag on the proposal or say how much would be a "significant" investment in jobs since the dollar figures would be part of negotiations with Congress. But in an example from this year's State of the Union address, Obama proposed $50 billion to put Americans to work repairing roads and bridges and other construction jobs.

The officials said money to pay for the jobs creation would come from a one-time revenue boost from measures such as changing depreciation rules or having a one-time fee on earnings held overseas.

"As part of his efforts to focus Washington on the middle class, today in Tennessee the president will call on Washington to work on a grand bargain focused on middle-class jobs by pairing reform of the business tax code with a significant investment in middle-class jobs," Obama senior adviser Dan Pfeiffer said.

Obama planned to make his remarks from an Amazon fulfillment center in Chattanooga, one of more than a dozen warehouses operated by the world's largest online retailer, which announced Monday that it would increase hiring. The company said it would add 7,000 new jobs, including 5,000 more at U.S. distribution centers that currently employ about 20,000 workers who pack and ship customer orders. Amazon.com Inc. has been spending heavily on order fulfillment to help its business grow.

Obama planned to tour the packing floor of the Chattanooga warehouse, which opened in September 2011. It is one of the company's largest and newest facilities, with more than 1 million square feet - the size of more than 28 football fields full of merchandise.

The plant was the source of tax controversy when it opened; Amazon originally was granted an indefinite waiver on collecting sales tax in a deal to bring two distribution centers to Tennessee. The state's retailers were outraged that they were put at a competitive disadvantage, and Amazon has agreed to start collecting Tennessee sales tax next year.

The White House said Obama wasn't visiting Amazon because of the company's position on taxes, but because it's an example of a successful American business growing and creating more jobs.

Obama proposed last year to overhaul corporate taxes by lowering rates from the current 35 percent to 28 percent, with an even lower effective tax rate of 25 percent for manufacturers. The U.S. has one of the highest corporate tax rates in the world, but many businesses avoid the full cost by taking advantage of deductions, credits and exemptions that Obama wants to eliminate.

Obama wants to do away with corporate tax benefits like oil and natural gas industry subsidies, special breaks for the purchase of private jets and certain corporate tax shelters. He also wants to impose a minimum tax on foreign earnings, a move opposed by multinational corporations and perhaps the most contentious provision in the president's plan.

And the president has made little progress toward getting Republicans to sign on to a "grand bargain" of tax increases and spending cuts to reduce the deficit.

When Obama unveiled the corporate tax plan last year, congressional Republicans called for even deeper cuts for the business world. His campaign rival, Mitt Romney, wanted a 25 percent corporate tax rate.
© Copyright 2022 AccessWDUN.com
All rights reserved. This material may not be published, broadcast, rewritten, or redistributed without permission.

Hunter Biden's memoir 'Beautiful Things' out in April
Hunter Biden, son of President Joe Biden and an ongoing target for conservatives, has a memoir coming out April 6
By The Associated Press

AP-NORC Poll: Americans open to Biden's approach to crises
A majority of Americans say they have at least some confidence in President Joe Biden and his ability to manage the crises facing the nation, including the coronavirus pandemic
By The Associated Press

Stuck in DC, Biden team pitches rest of US on big virus aid
President Joe Biden has been gathering with senators and working the phones to push for a giant COVID-19 relief package
By The Associated Press

Defend or rebuke? House GOP faces difficult vote over Greene
House Republicans will be forced to go on the record defending or rebuking congresswoman Marjorie Taylor Greene
By The Associated Press

South Carolina mayor leaving office, but maybe not forever
The mayor of South Carolina’s capital city and one of the state’s highest-profile Democrats will not seek a fourth term in office
By The Associated Press
Privacy | User Agreement | Contact | Advertise With Us
2022 © Jacobs Media Corporation. All rights reserved. EEO Report. Website by Full Media
Login / My Access
close
Search