US home price gains slow in October from September 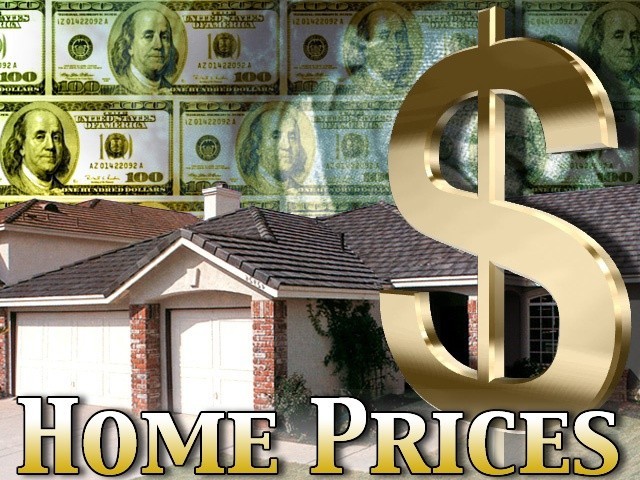 Related Articles
US Capitol buildings offer front-row seats to troubled timeEXPLAINER: Election claims, and why it's clear Biden wonCapitol rioters hold out long-shot hope for a Trump pardonDeal offers more banking services for California pot firms
Contact Editor
WASHINGTON (AP) -- U.S. home prices rose in October from the previous year at the fastest pace in almost eight years. But price gains slowed in most U.S. cities from September to October, suggesting the increases are leveling off.

The Standard & Poor's/Case-Shiller 20-city home price index rose 0.2 percent from September to October, down from a 0.7 percent increase from August to September.

Monthly price gains slowed in 18 of the 20 cities tracked by the index. And prices declined in nine cities, including Chicago, Denver, and Washington.

For the year, prices are still strong, reflecting big gains in earlier months. They have risen 13.6 percent over the past 12 months, the fastest since February 2006.

"Annual returns have been in double-digit territory since March 2013 and increasing," said David Blitzer, chairman of the S&P Dow Jones index committee. "However, monthly numbers show we are living on borrowed time and the boom is fading."

The Case-Shiller index covers roughly half of U.S. homes. It isn't adjusted for seasonal variations, so the change partly reflects slower buying in the fall. The index measures prices compared with those in January 2000 and creates a three-month moving average. The October figures are the latest available.

The housing market has been recovering since 2012 and has helped drive economic growth over the past year.

But the gains have slowed in recent months, as increases in mortgage rates and home prices have crimped affordability. The partial government shutdown in October also delayed some sales.

Sales of existing homes have fallen from September to November, the National Association of Realtors said earlier this month.

Despite the declines, home re-sales should reach 5.1 million in 2013, the best total in seven years, the Realtors forecast. That's 10 percent higher than 2012. But it is still below the 5.5 million that is consistent with healthier housing markets.

Strong price gains in 2013, fueled in part by a limited supply of homes for sale, may be pricing some buyers out of the market. Prices are up more than 19 percent year over year in Atlanta, Las Vegas, Los Angeles, San Diego and San Francisco, according to the Case-Shiller index.

Mortgage rates have also risen by roughly a full percentage point since the spring, though they remain low by historical standards. Mortgage buyer Freddie Mac said last week that the average rate on the 30-year loan is 4.48 percent.

Many economists say the Case-Shiller figures overstate recent price gains because they include foreclosures. Foreclosed homes usually sell at steep discounts. As the proportion of those sales declines, the index rises more sharply.
© Copyright 2021 AccessWDUN.com
All rights reserved. This material may not be published, broadcast, rewritten, or redistributed without permission.