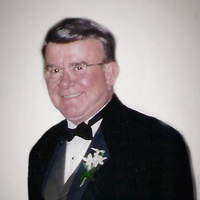 Dr. Galloway was born in Riceville, TN on April 13, 1933 to the late George Washington Sr. and Gladys Moore Galloway.  Dr. Galloway graduated from the University of Tennessee in September of 1958.  His love for patients and medicine spanned more than six decades.  The place he served longest would be Kennestone Hospital in Marietta where he served as the Medical Director for the Emergency Department for more than thirty years.

Outside of practicing medicine Dr. Galloway loved WWE Wrestling and stock car racing.  He served on the board of directors during the foundation of the Rockingham Motor Speedway in Rockingham, NC.  Dr. Galloway was also an avid fisherman.  He deeply loved his family and will be greatly missed by his grandchildren who affectionately called him “Pop”.

A memorial service for friends and family to honor Dr. Galloway’s life will be scheduled at a later date.

To share a memory of Dr. Galloway or a condolence with the family visit andersonunderwood.com.