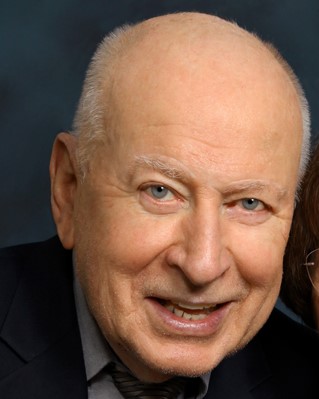 David Leon Gines entered eternal life on Wednesday, March 18, 2020 at the age of 82. He died peacefully, surrounded by his loving children and wife in Gainesville, GA, his home the past 34 years.

He was preceded in death by his parents Herald and Lorene Gines of Washington, IN, his brother Herald "Ronald" Gines of Ft. Wayne, IN and his wife of 28 years, Patricia Helen Ogle Gines of Spring Arbor, MI.

Dave was a man who generously contributed his talents, time and friendship in each community where he lived.  Many people will fondly remember his unique sense of humor, his beautiful base singing voice, his devotion to his extended family, his faithful participation in Gainesville First United Methodist Church, his gifts of homemade Christmas candies and his determination to be successful at both work and play.

Born September 25, 1937, Dave grew up in Washington IN where he played high school basketball, was a cheerleader, sang solos for many weddings and church services, and sold ice cream out of a pushcart with his brother.  While he was earning his Bachelor of Science degree in Business Administration at Greenville College in Greenville IL he performed in quartets and on choir tours in several states and even in the Dominican Republic.

Dave enjoyed a successful career in higher education fund raising, including 16 years at Spring Arbor College in Michigan and 15 years at Brenau University in Gainesville GA.  This resulted in scholarships enabling many students to get a college education and, in the building, and renovation of buildings enhancing the campuses.

In 1978 Dave was sent to Brazil to create a resource development Program at the Federal Rural University of Rio de Janeiro which was later acknowledged by the Minister of Education and Culture of Brazil as a program that should be implemented at FRURJ and throughout the Brazilian Higher Education System.

A Celebration of Life will be held in the future at Gainesville United Methodist Church when gathering and travel is safe again.

Those wishing to do so may send online condolences to the family at littledavenport.com