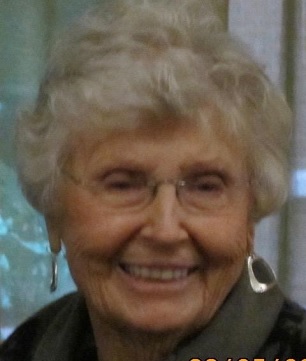 Geraldine “Jerry” Payne Waddell of Onancock, VA passed away at her home in Gainesville, GA on Wednesday, February 12, 2020.

Jerry was preceded in death by her parents, Lydia and George Payne of Onancock, VA, and her husband, Henry “Hank” Marsden Waddell of Ellicott City, MD. She is survived by her brother, Kerford Payne of Salisbury, MD; her daughters, Lydia (John) Ferguson of Gainesville, GA, and Bee Lee Tullos of Montgomery, AL; her grandchildren, Ansley (Wes) Gilpin, Whitney Tullos, Elizabeth Tullos, and Angus (Allison) Ferguson; her four great granddaughters, Anna Katherine, Addie, Ellie and Rowyn; and her niece Mary Lou Payne (Steve) Kousouris. Jerry’s family is especially grateful to Bill Kolhagen and his family for their loving friendship for the past six years.

Jerry was born in Onancock, VA in 1924, went to college in VA, and met her husband in Onancock through his college roommate while he was at the Naval Academy. She was proud to be a Navy wife and enjoyed being involved in the Navy Relief. In 1965, Hank retired and they moved to Cocoa Beach, FL to live near family and to be involved with the Space Program. Jerry loved watching the missiles and promised to take her grandchildren to the moon. She was an avid golfer and loved to tell everyone her “Hole in 3” story, when her first shot landed in the water but her second shot landed in the hole. Even though she was not a swimmer, she bravely accompanied her husband on every boating trip including several trips up the Intracoastal Waterway. She was a consummate hostess who never met a stranger; new friends were always invited out on the boat and to dinner. She loved working in her gardens and collecting recipes, but made her family promise not to write that she was a good cook in her obituary. After moving to Gainesville, she was a member of Gainesville First United Methodist Church.