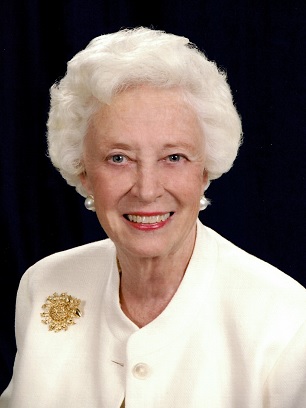 A seventh-generation native of Hall County, Marian lived her entire life in Gainesville.  She graduated from Brenau College in 1952 with a degree in music performance, where she was a member of Alpha Delta Pi.  In September of that year she married Gainesville native Heyward C. Hosch, Jr. and they raised their family in Gainesville.

Marian was an accomplished concert pianist, from early childhood.  For many years, she accompanied vocal practices and performances, gave private lessons, and performed for churches and community groups.  Marian touched many lives with her performances of sacred music at church services, weddings, and funerals, often performing dual-piano or piano-organ pieces with her friends Sandra Romberg or Martha Stratton, performing beautiful, complex, one-of-a-kind arrangements which they improvised as they played.  She had a deep interest in history, and was a member of The Jamestowne Society, the Daughters of the American Revolution, and the National Society of Colonial Dames XVII Century. She was a beautiful writer, particularly of traditional correspondence with friends and relatives, and expressions of gratitude. She was an attentive and devoted grandmother and great-grandmother, filling the house with pictures of them and directing her energies to them as she had to her own children; and during her life she read the entire Bible, in the King James Version, 31 times.

Services will be held on Saturday, Feb. 15, 2020 at 11:30 a.m at First United Methodist Church, in Gainesville.  Rev. Scott Hearne will officiate.  In lieu of flowers, please consider a gift to the Endowment Trust of the First United Methodist Church, 2780 Thompson Bridge Road, Gainesville, GA 30506, or the charity of your choice.  Jerry Ward, of Memorial Park Funeral Home, 989 Riverside Drive, Gainesville, GA 30501, is in charge of arrangements.