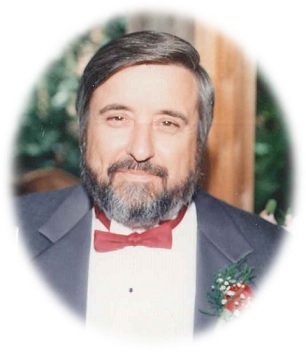 Funeral services are scheduled for Thursday September 12, 2019 at 2:00 p.m. in the Chapel of Memorial Park Funeral Home with interment to follow in Oakwood City Cemetery. Reverend Wayne Hicks will officiate. The family will receive friends on Wednesday September 11, 2019 from 6:00p.m. -8:00 p.m. at the funeral home.

Merlin was born on April 26, 1936 to the late E.W. “Bill” Suggs and Mary Lou Suggs of Gainesville Mill, Ga. Merlin attended Lyman Hall and Gainesville High School and was a member of the marching band. He also attended the University of Georgia and was a member of New Haven Congregational Holiness Church. Merlin served in the National Guard, worked at Nally Discount, Modern Mobile Homes, Georgia Department of Labor, Italdiamant, Billy Cain Ford and was self-employed through his own house building business, Merlin Suggs Construction, until he retired in 2007. During Retirement he traveled extensively with his wife and family until his death.

Merlin’s pride and joy was singing gospel music. He was introduced to gospel music at an early age by his father. E.W. Suggs who had several songs published in his lifetime. One of Merlin’s favorite songs was written by his father, “Is My Lord Satisfied with Me.” Mr. Merlin’s singing began at an early age with him and his brother singing together accompanied by their father on the piano. This early singing led to a lifelong time commitment to singing gospel music. He sang with several groups including The Pilgrim Quartet, The Regents, The Masters, and The Congressman, who had several records recorded.