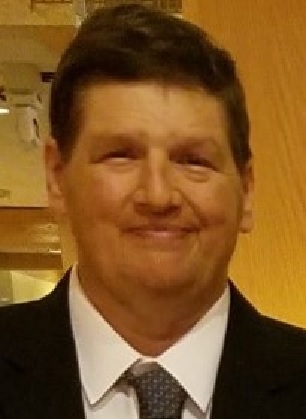 William Stephen “Steve” Haase, age 57, of Buford, GA passed away Saturday, May 13, 2017. He was preceded in death by his parents, Bill and Louise Cooper Haase. He is survived by his sisters, Kathy and Scott St. Clair, Belleville, NJ, Andrea L. Haase and Barb Raggett, Gainesville, GA; nephews, Blake and Jessica Hughes, and Hunter Hughes; and several cousins. Steve Haase was born September 25, 1959 in Pensacola, Florida. He was a 1977 graduate of Henderson High School in Doraville, GA, a graduate of Georgia State University and member of Alpha Tau Omega Fraternity with an Associate’s Degree in Education.  He was an active member of First Baptist Church of Buford with the choir and his Sunday School Class. He had a wide circle of close friends he led in Trivia League activities.   A graveside service will be held on Thursday, May 18, 2017 at 4:00 p.m. at Broadlawn Memorial Gardens in Buford with Pastor Wayne Johnson officiating, and Fraternity Brother and Pastor Mike Shearon assisting. The family will receive friends on Thursday, May 18, 2017 from 1:00 p.m. to 3:30 p.m. at Flanigan Funeral Home in Buford. In lieu of flowers, donations may be made to the American Kidney Foundation in memory of Steve Haase.