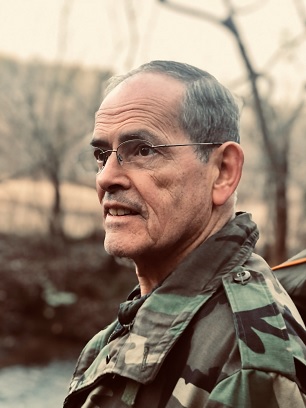 John "Jack" Souza, age 77, of Sautee Nacoochee, was called to his eternal home and into the arms of Jesus on Saturday, January 21, 2023.

Jack was a devoted patriot and veteran of the United States Marine Corps. He dedicated his service proudly for over thirty five years.  He served both overseas in Vietnam and Desert Storm and at home, never missing an opportunity to gather with fellow heroes.

Jack loved the Lord and lived for Him, making it his earthly mission to lead others to love Him too. He was devoted to uplifting and enjoying his family as often as possible. He treasured his friends and loved them near and far.  Never one to miss a fishing trip or a Tennessee Volunteers football game, Jack found joy in many things.  He loved simple things, a day on the beach, a hike in the woods, card games after dinner or a lively game of pool. Most of all, he found joy in people and used his gift of a servant's heart to lend a hand whenever possible. "His Master replied, 'Well done, good and faithful servant:  You have been faithful with a few things; I will put you in charge of many things.  Come and share your Master's happiness!' " Matthew 25:21

Funeral services are scheduled for 2:00 P.M. Thursday, January 26, 2023 in the Chapel of Barrett Funeral Home.  Pastor Dennis Watson of Harp's Crossing Baptist Church will officiate.  The family will receive friends from 12:00 noon until 2:00 P.M. Thursday at the funeral home, prior to the service.

Interment will be 10:30 A.M. on Friday, January 27, at Georgia National Cemetary with military honors provided by the United States Marine Corps.

The family has requested that any active military personnel or veterans attending the services wear a military hat in memory of Jack.

In lieu of flowers, we ask that donations in his name be made to Operation Heal Our Patriots, a project of Samaritan's Purse. https://www.samaritanspurse.org/education-2/operation-heal-our-patriots/

To share a memory or to leave an online condolence for the family, please visit www.barrettfh.com