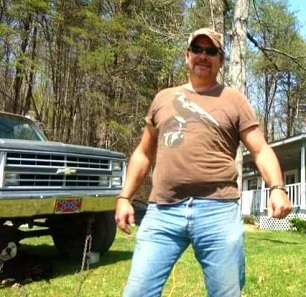 Mr. Anthony Wigington, age 56 of Dahlonega, Georgia passed away on July 30, 2022 following a brief illness. He was born in Tate, Georgia on May 23, 1966. Anthony was a self employed carpenter and his work was unlike any other. Anthony was truly a one of a kind man, and a lot of times was misunderstood by many who did not know him well. Those who were fortunate enough to know him well, always knew that his intentions were pure and true. He enjoyed being in the mountains, listening to good music, working on old cars, and being with his family. He also enjoyed sharpening knives, and was known for putting such an edge on one, you could shave with it. He was the best husband, father, grandfather and brother that anyone could ever ask for. His family will miss him greatly.

He is preceded in death by his father, Terry "Don" Wigington; mother, Juanita Wigington; and infant brother, Matthew Wigington.

It was Anthony's wish to be cremated. Private family services will be held at a later date.

To share a memory of Anthony or a condolence with the family, visit andersonunderwood.com.