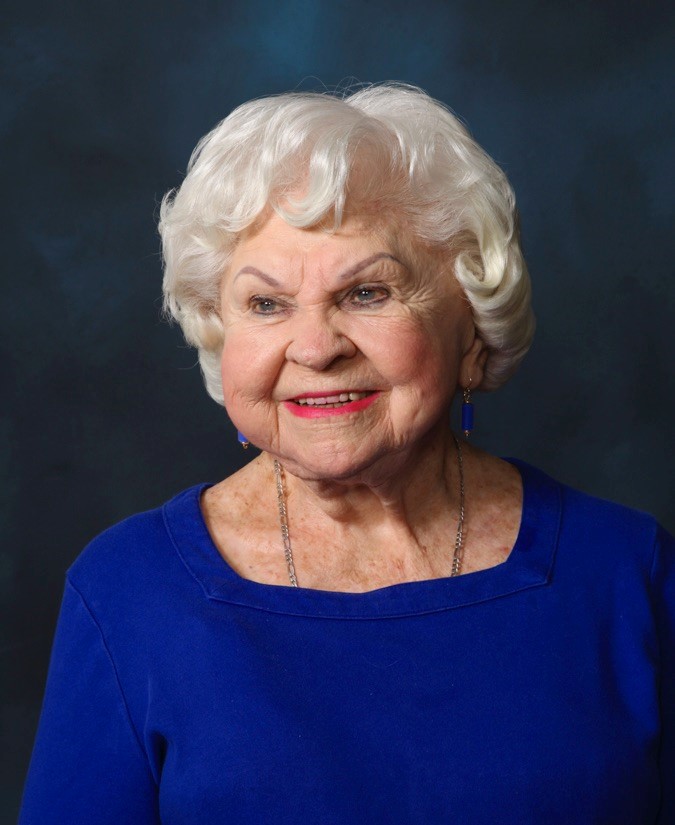 Helen Fetkowitz DeAugustinis passed away peacefully on January 9, 2022 at the age of 96.  She was born to Nicholas and Anastasia Fetkowitz at home in Paterson, New Jersey on July 1, 1925. Helen was one of six children. She had four brothers and a sister. They all grew up in Ridgewood, N J until Helen married.

Helen met William DeAugustinis and they decided to get married only two weeks after meeting, but because it was during wartime, much of their courtship was done through correspondence. The wedding was planned for his first furlough back home from the Army in 1945.  Bill was transferred to Washington state immediately after their honeymoon in Asbury Park.

In Olympia, WA, while Bill was deployed to Alaska, Helen earned a position as a private secretary to the head of Social Services for the state of Washington.

When Bill was discharged from the Army, they returned to New Jersey where their children, William (Augie) and Nanci were born.  But after one frozen winter in 1955, the couple decided to move the family to south Florida, where Bill started his own contracting company, and Helen became a realtor, and a partner in the new business.

In Florida, Helen and her family enjoyed the warm outdoors and the beaches but was also active in the church and her children’s school, and even became president of the Chaminade High School’s Mother’s Club.

In the early 1980’s, Helen and Bill moved to Vero Beach, Florida in anticipation of retirement but then tragedy struck, and Bill was hit by a drunk driver and died in October 1981.

Helen then moved to Boca Raton, Florida to be closer to her daughter and granddaughters. Her love of dancing became her passion and she took it to the next level of competitive ballroom dancing, which allowed her to travel to some new and exciting places. She competed not only in the Palm Beaches, but also New Orleans, Las Vegas and Montreal….and even on a cruise ship. She accumulated many first-place medals and ribbons along the way.

When her son, Augie, bought a lake house in Gainesville, Georgia, Helen fell in love with the north Georgia area. She built a summer home on Lake Lanier in 1999 and spent many summers there and eventually made it her full-time residence.  Her daughter-in-law, Leslie, introduced her to Lanier Village Estates, and ultimately made the decision to move there in January 2012.

Helen had a total of 5 grandchildren and 13 great-grandchildren, and one great-great-granddaughter. She leaves behind her son, Augie and his wife, Leslie, along with their children, Richard, Pamela and Christopher; and her daughter, Nanci and husband, Greg Heinmiller, and their children, Angela and Amanda.

A Celebration of Life is tentatively planned for later in February at Lanier Village Estates as conditions allow.