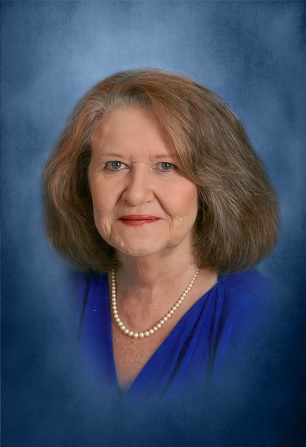 Evans Funeral Home announces the death of Mrs. Mary Alice Smith of Jefferson, GA, left this world in the comfort of her home and with her loving husband holding her hand after a lengthy illness on October 10, 2021 at the age of 73. She was a caring wife, mother, grandmother, sister and friend to many.

She was born near Dublin, GA, on September 27, 1948 to Earlene Sheppard who unfortunately died while Mary Alice was a young girl. She was lovingly raised by J.T. Kight (AKA Red) and Evelyn Kight and then later a special stepmother, Carolyn Snider. Her siblings included two brothers, Edward Sheppard, J.W. (Christina) Kight and three sisters, Elizabeth (David) Butts, Karen (Ron) Claxton and Kim Jackson. She also left behind a sister-in-law, Marisue (Cal) Avery.

She and her husband, Russell Eugene (Gene) Smith were married for nearly 54 years and adored another. Together, they had three children, Russell Smith Jr. of Austin, Texas, Marti (Mark) Gibbs of Gainesville, GA and Ben (Sarah) Smith of Cleveland, GA. They also had eight beautiful grandchildren, Deann Smith, Cassandra Rangel, Kyle Smith, Riley Smith and Zack, Ethan, Taryn and Mia Gibbs. There are several great-grandchildren as well.

After raising her children, Mary Alice earned her B.S. in Social Work as well as a Masters in Social Work from the University of Georgia. During her career, she worked in the Psychology Clinic at UGA as well as for Psychiatric Health Services and DFACS – Adult Protective Services. She loved her job as well as helping people.

Mary Alice was always ready with a funny joke that would make you laugh or even blush a little! She was an avid reader and enjoyed watching game shows on television. During their retirement years, they took advantage of their time together and took many trips and saw many beautiful places around the world. Some of her favorite trips was when they visited Ireland, Nova Scotia and Durango/Silverton Railroad. She and her husband are members of Union Baptist Church in Winder, GA.

The burial will follow on Friday, October 15, 2021 in the Swainsboro City Cemetery at 11:00 AM with Rev. Emory Fennell officiating. Honored as pallbearers will be Jay Poole, Zack Gibbs, Ethan Gibbs, Taryn Gibbs, Carlin Stewart and Joseph Stewart.