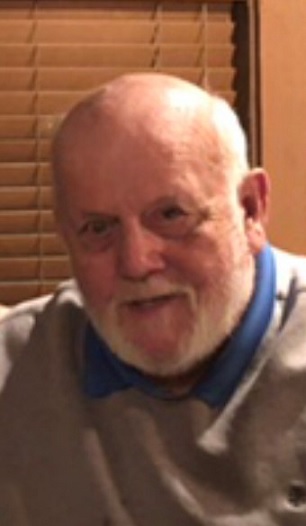 Loving husband, devoted father, wickedly funny grandfather, Bill Ware lived his life with love and a sense of justice. From the football field in high school that led him to LA Tech to play center for the Bulldogs, where he met the love of his life, Bill returned to his hometown in Selma, Alabama in 1962 with his bride, Pamela Kiper Ware. There they began a career in education that would shape the lives of so many through their work.

Bill was proceeded in death by his parents, Hogan and Virginia Ware and sister, Judy Ware Bridgers. He is survived by his wife and partner in life, Pam Ware; his children Scott (Katherine) Ware of Gainesville, GA, and Kelli (Mark) Ware McClendon of Nashville, TN. Also, he is survived by nieces, nephews and a sister-in-law, Lissa Thompson. But his greatest loves are his grandchildren, Lauren Elizabeth Ware and Andy McClendon.

Bill and Pam built a life filled with a love that is envied by many. They became friends in 1959, engaged in 1961 and married on August 10, 1962. Bill was a man of integrity. When having a conversation with him, people knew that he was speaking the truth from his heart. His wit and keen sense of humor were ever present. He was always loving, kind and a friend to all. Bill never turned anyone away from his dinner table, and Pam was always bringing home a cast of characters. All were welcome. This shaped the lives of his children. From his example, they learned to accept others for who they are – no judgement. One important lesson he taught – in this world, everyone is a child of God.

Known for his career as the Dean of Education at Brenau University, he was ever the scholar. After completing his undergraduate degree from LA Tech in education, he began teaching science and coaching football at AG Parish High (later Selma High School). Bill went on to earn two master’s degrees from the University of Alabama in Education and Psychology and his Doctorate in Education from Auburn University. Bill and Pam settled in Gainesville in 1973 where they built an incredible life. Following several years in educational research, Bill became the principal of Fair Street School before being appointed as the Dean of Education for Brenau University where he taught, advised and inspired future educators for over 38 years.  As the Dean, he had an open-door policy always stopping what he was doing to listen to students and colleagues who may need advice or guidance.  This continued even after his retirement at his home office.

A celebration of his life will be held at Little and Davenport Funeral Home on Saturday July 31, 2021, at 2 pm. In lieu of flowers, please make a donation to your favorite charitable organization knowing that he especially supported the arts and education.