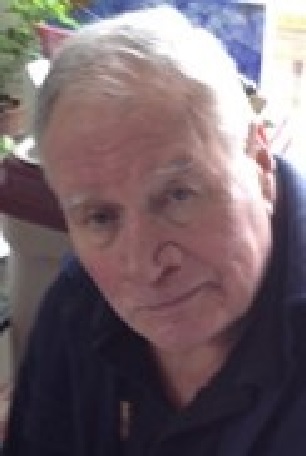 Milton Candler Emrey, Sr. (Tony) passed peacefully on April 29, 2021 at the age of 78. He grew up in Cleveland, TN, moved to Decatur, GA in mid-teens and after attending a few colleges voluntarily joined the US Marine Corps Reserves where he became an Excellent Marksman. Tony was an avid lover of the outdoors. He spent his free time hiking the AT, floated down rivers and creating his giant garden of which he shared delicious bounty with family, friends, neighbors and co-workers.

Milton always had a faithful Weimaraner by his side included sharing a carriage apartment with a litter of 13 silver monsters! Milton held various second ‘hobby’ jobs over the years; a tree cutting service, bracket making business, part-time construction business and rebuilt car engines. However, his main occupation was that of his father and grandfathers before him as an engineer with the phone company. He retired after 27 years and promptly took a contract position on a remote part of Indonesia for 2+ years, years he said were some of his favorites enjoying the beaches, jungles, food and culture.

Milton was preceded in death by his parents William Gordon Emrey (1994) and Marion Lawrence (Candler) Emrey (1988) and his son Milton Candler Emrey, Jr (2019). Grumpy as his granddaughters and family have affectionally dubed him, leaves behind his daughter and son-in-law, Kelley Ann (Emrey) and Steven Ray Clark and his two beautiful granddaughters, Sidney Jane Emrey and Sarah Candler Emrey all of Gainesville, GA. Grumpy always wore a proud smile with any mention of his granddaughters. Tony also leaves behind his wonderful niece and her family and his two amazing nephews and their families from Cleveland, TN Karen and Jon Collins (Jimmy and Katelynn), Bill and Lori Emrey (Sarah and Will), and John and Angel Emrey (Lexi and PJ) as well as his favorite cousins, Peggy Emrey and Betty Emrey of Atlanta, GA. Grumpy and his stories will be missed.

The family will receive friends on Saturday May 22, 2021 from noon to 1:30 p.m. at the funeral home. Memorial services follow at 1:30 pm n the chapel of Little and Davenport Funeral Home..  In lieu of flowers, please consider donating to the Crohn’s and Colitis Foundation at https://www.crohnscolitisfoundation.org or the Appalachian Trail Conservancy at https://appalachiantrail.org.