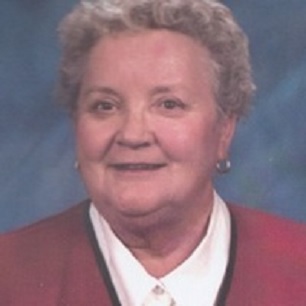 She died at 8:49 P.M., Saturday, January 9, 2021, in Gainesville, Georgia.  She professed her faith in Christ and was an active member of Campbellsville First United Methodist Church and the Upper Room Sunday School class. Earlier in her membership, she also sang in the choir.

Joyce was born in Pulaski County, Kentucky and went to Somerset High School.  She was active in 4H and won many ribbons showing cattle and canning food. She was also inducted into the National Honors Society.  She graduated from University of Kentucky with a Bachelor’s degree in Home Economics in May of 1949.  If you were around her at all, you would know she was a true UK Wildcat basketball fan and was in college when the Fab Five played under Adolph Rupp. Upon graduation, she moved to Campbellsville, Kentucky and became the Home Demonstration Agent for Taylor County.

She united in marriage to Robert “Bob” Parrott on March 13, 1952.  Bob preceded her in death on April 12, 1971.  She was co-owner and Funeral Director of Parrott and Ramsey Funeral Home from 1965 to 1972 and co-owner of Parrott-Turner Cemetery.

Joyce was very active in the community, especially in activities her girls were involved in.  She was co-leader of youth golf at Campbellsville Country Club over multiple summers, was a Brownie leader, taught youth Sunday school, supported Sunday night UMYF, supported Taylor County Band in many ways, including leading the concession stand sales at basketball and football games. She also loved to play bridge, including traveling for bridge tournaments.

Most importantly, Joyce loved her family. She is survived by two daughters and one son-in-law:  Jane Alice and Henry Chappell of Parker, Texas and Martha Ann Smith of Gainesville, Georgia. She has four granddaughters: Jamie Marie Chappell, Sarah Jane Ross, Olivia Jane Smith and Kaitlyn Elizabeth Smith.  She has four great-grandchildren: Liam Cade Ambrose, Lillian Grace Ambrose, Adalynn Jane Ross and Casey James Ross.  She had one sister, Mildred Waddle, who preceded her in death, as well as many nieces and nephews.

The family wishes to acknowledge the loving care from a special group of caregivers: Doris Sargent, The Gardens of Gainesville and The Resting Nest.