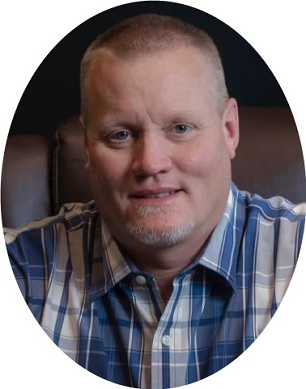 On Friday, January 8, 2021, James Michael “Jim” Stuart, loving husband father and friend passed away at the age of 50. Jim was born May 15, 1970 in Atlanta GA to Susan Shannon Pethel and the late James Sidney Stuart. He was a man of faith who was saved by our Lord and Savior Jesus Christ. One of the most important things to Jim was being a daddy, not just to his own children but to many others as well.  Jim was especially intentional in spending quality time with his children in a way that suited them. All of his kids were loved by him and he was known to say that kind of love is just “natural”.

To say Jim enjoyed hunting is an understatement, it was a true passion. As much as he enjoyed the thrill of the chase and the pursuit of the trophy kill, he craved the camaraderie that came along with it even more. Many friends, family, coworkers, coaches, builders’, men, women and children got to experience this love among many others! Not only did he love hunting, Jim also loved his Georgia Bulldogs and Atlanta Braves. He was known to pull a practical joke or 10, a good meal on the Green Egg, Fantasy Sports (especially winning,) and to catch a few fish. This among other things is what made Jim! He loved life and loved people.

As a child, Jim had a dream of one day owning his own business. That drive allowed him to build not only a company but a legacy. In the fall of 1996, Jim started Stuart Mechanical Services known today as Stuart Pro Heating and Air. He always attributed his success to his faith and trust in Jesus. Jim founded his company on God first principles and has been truly blessed. Those blessings have given him the ability to help so many in and around our community and beyond. Jim never hesitated to generously serve those around him, he thoroughly enjoyed it. He was continuously described as “one in a million.” He was incredibly humble and selfless in all his actions. There were no qualifications to meet in order for Jim to love on you and give of himself. His relationship with his people were priceless to him and he made sure you knew you were loved.

Jim is now walking the streets of Heaven with our Jesus and has been reunited with his Dad, James Stuart and his baby sister Nettie Hogue and two sweet babies he never got to meet. I bet he’s holding them now!

The family will receive friends from 4:00-8:00pm on Tuesday, January 12, 2021 at Memorial Park South Funeral Home. A private funeral service and burial will be held for the family. The service may be viewed at 2:00 pm Wednesday January 13 via Stuart Pro Heating and Air’s website at https://www.facebook.com/stuartproair/

In lieu of flowers the family asks you to consider donations in his honor to the JDRF (Juvenile Diabetes Research Foundation) and/or the local FCA chapter, https://www.jdrf.org/, https://my.fca.org/donation?name=greaterhallfcaoperatingfund