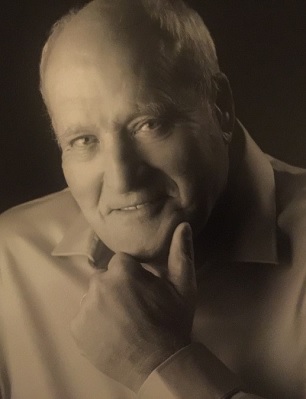 Everett Elliott, 76, of Gainesville, passed away Friday, January 8, 2021.  Born November 27, 1944, Everett was the son of the late Edwin Elliott and Thelma Pirkle Elliott. He was a graduate of North Hall High School. Everett was a builder and a member of Chestatee Baptist Church.

In addition to his parents, Everett was preceded in death by his daughter, Denise Elliott; sister and brother-in-law, Tricia and Larry Terrill; grandson, Grant Ferguson, father-in-law, J.B. Anderson; and great nephew, Luke Martin.

Everett is survived by his loving wife of 47 years, Beth Elliott. Additional survivors include his daughters and son-in-laws Cindy and Ron Gossett of Gainesville; and Angie and Richard Ferguson of Marietta; “adopted” daughter and son-in-law, Beverly and Shane Roach of Gainesville; grandsons Will Gossett, Wesley Gossett, Rylan Ferguson, and Charlie Ferguson; and granddaughter, Ashlyn Ferguson. He is also survived by his mother-in-law, Lois Anderson of Dahlonega; brother-in-law and sister-in-law, Ronnie and Lou Anderson of Mt. Pleasant, South Carolina; and nieces, Tiffany Martin of Gainesville; Susan Anderson of Mt. Pleasant, South Carolina; nephew, Ryan Anderson (Tiffany) of Mt. Pleasant, South Carolina; and “special” nephews, Keith, Kevin, and Matt Elliott of Gainesville. Everett also leaves behind his close friend and co-worker, Aubrey Jones; as well as many other close friends that he considered to be brothers.

Everett’s life certainly exemplified these words that his father, Edwin, taught him: “When it is time to make the crossing to our real home in heaven, all you will have to leave behind in this life is a good name.” Indeed, his good name will certainly be remembered by the family and friends he so dearly loved.