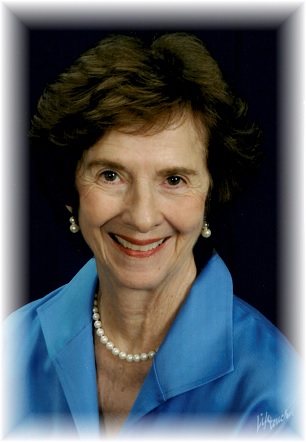 Alma Jane “Janie” Midyette Whitehead passed away peacefully on November 18, 2020, after an extended battle with Alzheimer’s. Janie was a devoted mother, daughter, sister, sister-in-law and grandmother “Memaw”. She was loving, caring, generous and a southern lady.

Janie was born April 23, 1932 in Leon County, Tallahassee, Florida where she lived until her marriage in 1954. She graduated from Leon High School in 1950 and was voted “sweetest in her class”. She attended Florida State University and graduated with a Bachelor in Science degree in Elementary Education in 1954. She is a member of Alpha Delta Pi Sorority and where she served as Vice President and Pledge Trainer.

She spent the next 27 years in Gainesville where she was active in the First United Methodist Church, Laurel Garden Club, Junior Service League and Lakeview Academy Mother’s Club. It was here that her four children were raised, nurtured and loved.

Janie returned to Tallahassee in 1981. She was a dedicated employee at Capitol City Bank for 18 years. She was a member of Violet Garden Club, Cotillion Club, Goodwood and Trinity United Methodist Church; the church she grew up in and loved. She also enjoyed gardening and being with her friends “the Yaya’s”. Her family, friends and church were very important to her and she was also a big Braves fan.

Janie is preceeded in death by her parents Payne H. Midyette, Sr. and Charlotte Hodges Midyette.

The family wishes to express their heartfelt gratitude for the excellent and tender loving care provided at Lanier Village Estates, Willowbrooke Court and Pruitt Hospice.