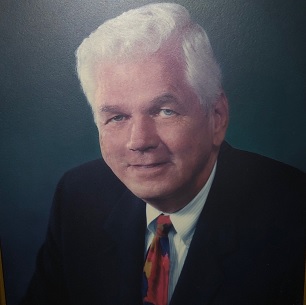 Robert E. Johnson, 86, loving husband, father, friend and resident of Gainesville, GA died at home on October 13, 2020 surrounded by the love of his three children. He was born in Chicago in 1934, the only child of Verda and Erik Johnson. He married Peggy Bates on November 24, 1956 (pre-deceased 1997). They relocated from Illinois to Georgia in 1990. He is survived by his children, Mark, Gregg and Kim, as well as a special cousin John Hagnell.

Bob received a BS degree from the University of Illinois at Urbana-Champaign and an MBA from the University of Chicago. He proudly served in the U.S. Army from 1957 to 1959. He had a successful career and retired in 1998 from the Continental Grain Company as the Chief Financial Officer of its Poultry Division after 31 years. He was a longtime member of the Gainesville First United Methodist Church. After retirement, Bob remained active in serving several non-profit agencies including Habitat for Humanity, Guest House, CASA and United Way. Bob was also active with the Chattahoochee Country Club, The Northeast Georgia History Center and Quinlan Visual Arts Center. He loved to travel both throughout the U.S. and the world. He also loved golf and played often with his children and buddies.

A memorial service to celebrate his life will be held at a future date to be determined. In lieu of flowers, any contributions may be made in memory of Bob to Gainesville First United Methodist Church, 2780 Thompson Bridge Road, Gainesville, GA 30506.