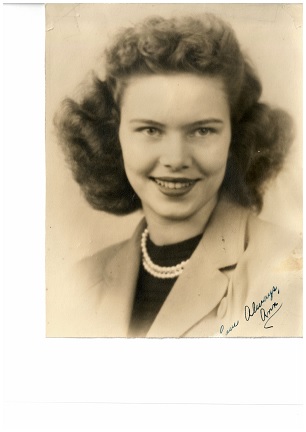 A Celebration of Life for Ann will be held at a later date.

Ann was born June 4, 1928 in New York City, to the late Mary Lou Carlan Stennis and Thomas J. Stennis. In October 1928, Mrs. Stennis and Ann moved to Gainesville, GA, to live with Mrs. Stennis’ sister and brother—in-law, Aetna and Carl S. Brittain. Following the death of Mrs. Stennis and Aetna Brittain in 1936, Ann was adopted by Mr. Brittain.

She attended the University of Georgia, where she studied piano with Dr. Hugh Hodgson, was a member of Phi Mu Sorority, and specialized in literature and language courses.

She met Robert E. McLeod, from Quitman, Georgia and they married September 5, 1947 at the home of Dr. and Mrs. Franklin Owen on Green Street Circle in Gainesville.

After Robert’s graduation from the University in 1948, they moved to Gainesville, where they were members of the First Baptist Church.

Ann was a charter member of the Twentieth Century Study Club, a member of the Dogwood Garden Club, a member of the Phi Mu Alumnae Club, and she and her husband enjoyed many years of Bulli Classes, which were sponsored by Brenau University. She was an avid reader, and her  entire family were dedicated bird watchers- “birders”-. She loved sewing, especially embroidery and tailoring.

Ann was preceded in death by her husband in 2007, after nearly sixty years of marriage.