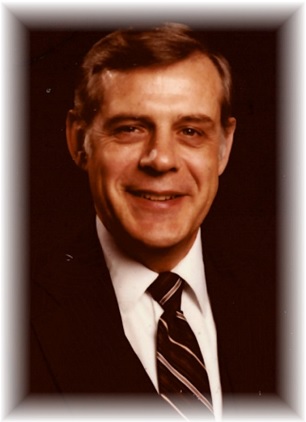 Edward “Ed” Muschell passed away peacefully at his home in Gainesville on Tuesday, July 28, 2020. He was 89, born on January 11, 1931, in Cheboygan, Michigan, to Fred and Marie Muschell.  He married Patricia “Pat” Lindquist in 1950 and, that same year, joined the Navy, serving in the Korean War.  Later, while he and Pat were raising four children, he moved the family to Atlanta where he worked for IBM for many years there and in Raleigh.  After retiring and moving back to Georgia, he and Pat spent their golden years being with their children and grandchildren in Gainesville.  Ed was well-known for his great sense of humor and generosity.

He is survived by the wife he loved for 70 years, son David, daughter Mindy McBain and son-in-law Harry McBain, and youngest son Jeff and daughter-in-law Kristen; four grandchildren, Adam McBain and his wife, Grace, Erin McBain, Sophia Muschell, and Olivia Muschell; and one great grandson, Bryson McBain.  Of Ed’s five brothers and sisters, he is survived by one brother, Gene.

In addition to his parents and one brother and three sisters, he was preceded in death by his son Michael.

His funeral service will be at 11:00 on Saturday, August 1, at the Memorial Park Funeral Home, North Riverside Chapel, 989 Riverside Drive Gainesville, GA