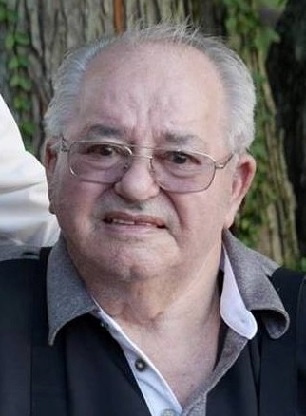 Son of George and Edith White, Ray was born in Leipsic, Ohio on June 21, 1929.  His beloved wife of 70 years, Audrey White, died in September 2019.  He is survived by his children and their spouses Jack and Marsha White, Cathy and Denny Drerup and Tom and Kathleen White. Ray was grandpa, great-grandpa and papa-Gigi to nine grandchildren and sixteen great-grandchildren. He joins his sisters, Frances Marriott and Jean Rutter, in heaven and is survived by sisters Edith Brooks and Shirley King. Many beloved nieces and nephews have heartfelt memories of their Uncle Ray helping them to learn something or fix things, always seeing in him a role model for hard work and readiness to help family, friends and community.

During his amazing life he was a loyal company man for 40 years beginning as a factory worker then promoted to maintenance department manager. He was a fireman then fire Chief for 30 years, a small-plane pilot, farmer, hunter, go-cart designer and competitor, gardener and blacksmith. Ray and Audrey always had one or two small businesses in addition to their full-time jobs and partnered for years to operate a vending machine company and lawn service with 200 customers. He honored his faith in God through his service to his churches, Leipsic United Methodist in Ohio and Redwine United Methodist in Gainesville, Ga, using his skills, equipment and knowledge to benefit facility and grounds maintenance. He supported his wife Audrey, and his children, with many community activities such as Boy Scouts, Girls Scouts and band boosters. For many years Ray was a volunteer “Mr. Fix It” at Challenged Child and Friends, now named Sisu.

Due to the Pandemic, Celebration of Life services may be planned at a later time.