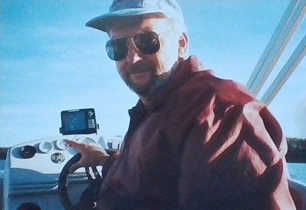 Robert was known to his family and friends as Butch. Butch grew up in Comstock MI graduating from Comstock High School in 1964. He grew up working at his family's bowling alley, the Bowlatorium. This leading Butch on the road to the Pro Bowling Tour in his younger years and achieving two 300 rings. He moved on to owning his own business Petto's Barber Shop in Kalamazoo MI. This was not just a place to get your haircut but a place where many of his friends would drop by to hang out for a while. Gun Lake was a summer vacation location for Butch growing up and later in life with his own family.

In the early 80's he moved to VA, TX and then resided in GA for the past 34 years. Butch had a job in sales that kept him on the road 10 months of the year and was in the top 10 in sales for over 20 years, and he enjoyed cutting up with people he meet while on the road. He had a great sense of humor and had quick comebacks, he enjoyed making people laugh. During his home time he enjoyed going out on the lake, fishing solo, with his wife or just spending the day out at a small beach washing his boat and watching his grandkids play in the water. He also really enjoyed playing golf on the green or in the comfort of his home on the PlayStation with his wife.

When he retired, he enjoyed his long needed rest and time at home on the lake. He supported his family in every way he could. He had family that he cherished; unfortunately they lived far away but they were never far from his heart and thoughts. The family he had in Ga were very lucky to have him near. He never missed a school function, he was always there to cheer and support. Family gatherings he would cook big meals or BBQ his famous ribs, tenderloin and yummy potato salad, he cut up with everyone and enjoyed playing cards. Let us not forget his beloved little Papillon Buddy of 14 years who still looks for Robert thru the house.

Robert will be greatly missed but his memory will live on in those whose lives he touched.