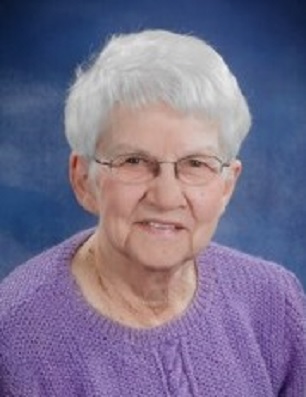 Irene B Weathers, longtime resident of Gainesville, Georgia, passed away May 20, 2020 at age 91 in Waverly NY after a brief illness.

Irene was born in Calhoun Falls SC to Glenn and Annie Sue Bell.  She graduated from Calhoun Falls High School in 1945, where among her many activities she played guard on the women’s basketball team and was photographer for her senior yearbook.  She subsequently attended Anderson College, SC, where she graduated in 1947 with a secretarial diploma.

Irene married the love of her life, Robert O. (“Bob”) Weathers, on August 16, 1952.  Several years later they moved to Gainesville GA, where they raised their three children.

Bob and Irene started an accounting firm, Weathers BSB Service, in the 1960’s, and Irene continued operating the firm after Bob’s death in 1970, finally closing its doors in 1981.  After that she worked for Gainesville Lighting Center and finally in corporate services with the Norton Agency, retiring in 1994.

Irene was also active in several community organizations during the 64 years that she lived in Gainesville.  She was Red Cross Grey Lady of the Year at Hall County Hospital in 1965, and was a long-time member of the Pilot Club, where she served in a variety of positions, including a stint as President of the Gainesville organization and as Lt. Governor, Region 8.

Irene always kept busy, whether it was knitting, gardening, watching the birds at her feeder, or hiking the hills of north Georgia with her friends.  She was a devout Christian, being a member of Trinity (Anderson SC), Antioch (Gainesville) and St Paul (Gainesville) United Methodist churches over the course of her life.

Irene was predeceased by her parents and her beloved husband.  She is survived by her children, Deborah Weathers Lombardi and husband Gerry D’Ambrosia of Bolivia NC; Gary Weathers of Perry FL; and Carolyn Weathers of Sayre PA; and by her grandson Graham Lombardi and fiancée Maegan Becker of Atlanta GA.

A memorial service in Gainesville GA will be held at a date to be announced later.  Memorial donations may be made in Irene’s memory to St Paul United Methodist Church, 404 Washington St NW, Gainesville GA 30501.