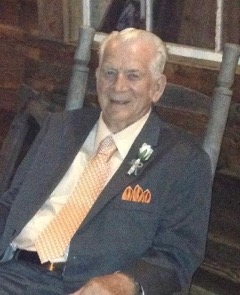 Evans Funeral Home announces the death of Mr. Walter Harold Rutledge, age 88, of Jefferson, who passed away on Thursday, March 26, 2020. Mr. Rutledge was born inn Fayette County, Georgia, a son to the late Homer Lester Rutledge and the late Della Carden Rutledge. Mr. Rutledge was retired after forty seven years of service from Flowers Bakery, where he was a supervisor. Mr. Rutledge was a member of the Galilee Christian Church, and was a veteran of the U.S. Navy, serving on the USS Requin, during the Korean War. In addition to his parents, Mr. Rutledge was preceded in death by five brothers and one sister.

A Celebration of Life service for Mr. Rutledge will be held on a later date.

In lieu of flowers, the family requests that memorial gifts be made to the American Cancer Society, 105 Westpark Drive, Suite C, Athens, GA 30606