Chase Elliott to race in NASCAR Trucks opener at Daytona 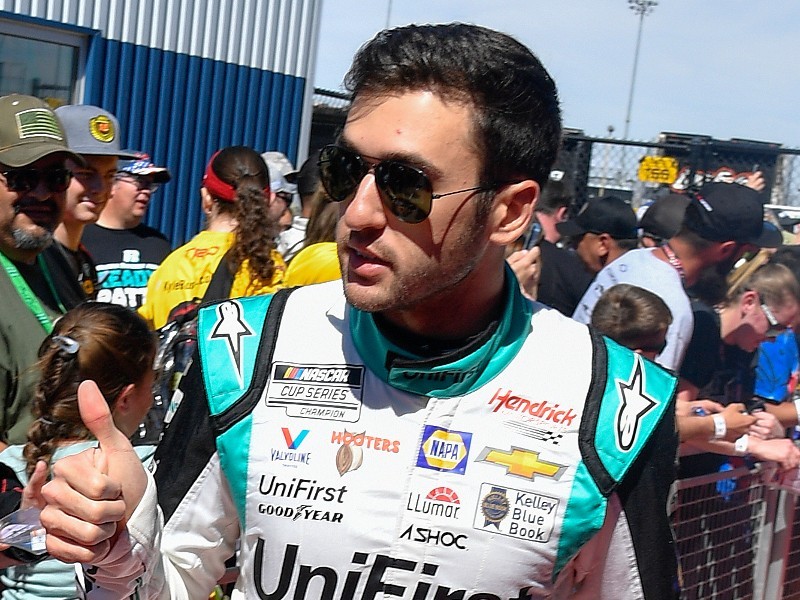 Chase Elliott gives a thumbs up to fans prior to the NASCAR Cup Series race at Phoenix Raceway on March 13, 2022. Photo: Logan Riely/Getty Images
Contact Editor

STATESVILLE, N.C. - Chase Elliott has been named to drive for McAnally Hilgemann Racing in the NASCAR Craftsman Truck Series opener next month at Daytona International Speedway.

It will mark the 18th career series start for the Dawsonville, Georgia native, who will pilot the team’s Chevrolet Silverado at the 2.5-mile superspeedway on Friday, February 17.

“This will be the first time I’ve driven a truck at Daytona, let alone a superspeedway,” said the 27-year-old Elliott. “There’s no better team owner than Bill McAnally to do it with, as he’s been involved in racing and been associated with NAPA for a long time.”

“I think there’s an incredible amount of potential for our team to make a lot of noise this year, and we have the people to make it happen,” said McAnally. “We’re thrilled to have Chase step in and drive our No. 35 Gates Hydraulics Chevrolet at Daytona and everyone involved in our program is excited and glad that he’s able to do so. I think his presence at Daytona will benefit Jake (Garcia) and our entire group.”