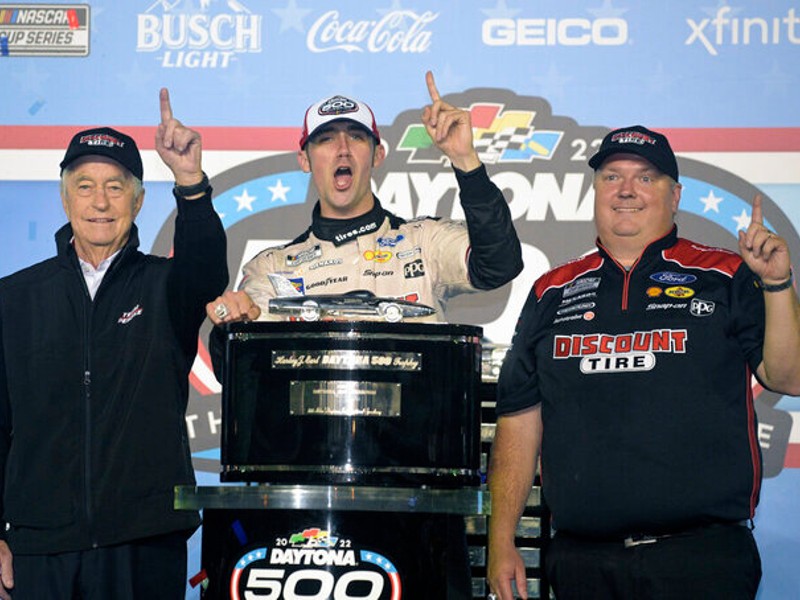 Cindric as a NASCAR rookie last year won the Daytona 500 to open his season with the biggest win of his career. It was a bit surreal since the bulk of his time at Daytona International Speedway had been either hanging around Roger Penske's sports car team or driving in the Rolex 24 and its support races.

Cindric's start to this year is his fifth appearance in the Rolex 24 this weekend with a lineup full of winners in the LMP2 class. He's hoping the Saturday into Sunday race will earn him his first Rolex.

“I’ve been coming to Daytona a lot longer for this race (Rolex 24) than I have for the (Daytona) 500 or NASCAR Speedweeks," Cindric said. “However long it takes, I want to win this race. It's why I put so much work in, it's why I don't care about sacrificing the last two weeks of my offseason, because it's something I'm really passionate about and I am not passionate about just doing the event — I want to go win it.”

The No. 51 Rick Ware Racing in the LMP2 class is comprised of IndyCar driver Devlin DeFrancesco and sports car driver Eric Lux, who were both part of the class-winning car a year ago. The fourth driver is Pietro Fittipaldi, the grandson of Emerson Fittipaldi who on Tuesday was confirmed as the reserve driver for Haas F1 for a fifth consecutive season.

Cindric, the only full-time NASCAR Cup Series driver in the field, is trying to join Mario Andretti, A.J. Foyt, Jamie McMurray and Jeff Gordon as winners of both the Daytona 500 and Rolex 24. That goal is why he chose the Ware entry for this year's race.

“I’m not going to do something or be part of something I don’t think has the legs to be able to do it and between the lineup and the experience a lot of the team guys have, I think this has that potential," Cindric said. “And it’s fun because I feel this lineup itself represents what makes this event fun for everybody. You’ve got one guy from NASCAR, one guy from Formula One, one guy whose IMSA, one guy from IndyCar and that’s what this event is all about, it’s a coming together of the people and individuals of motorsports.”

The entry list for the most prestigious sports car race in North America this year includes the debuts for Romain Grosjean, Josef Newgarden and Scott McLaughlin, the latter two receiving rare permission from boss Roger Penske to run a race outside of IndyCar.

Cindric has been allowed by Penske to race Daytona as part of his development process and relationship-building with manufacturers. But the boss had long been reluctant to let his other drivers dabble in another discipline and at last changed his mind this year, when even Will Power was granted permission to race the Rolex before pulling out because his wife is ill.

“Roger believes in the right opportunity, and he protects us in terms of what's good and what he thinks is beneficial for us,” McLaughlin said.

Colton Herta was part of the winning LMP2 lineup last year but this year returns in the top GTP class seeking the overall victory. Herta is part of the BMW lineup and is slated to drive both its cars in the twice-round-the-clock endurance race.

IMSA rules require a minimum of two hours of drive time for in the top GTP class, so Herta needs only to do one normal stint in each car. His goal?