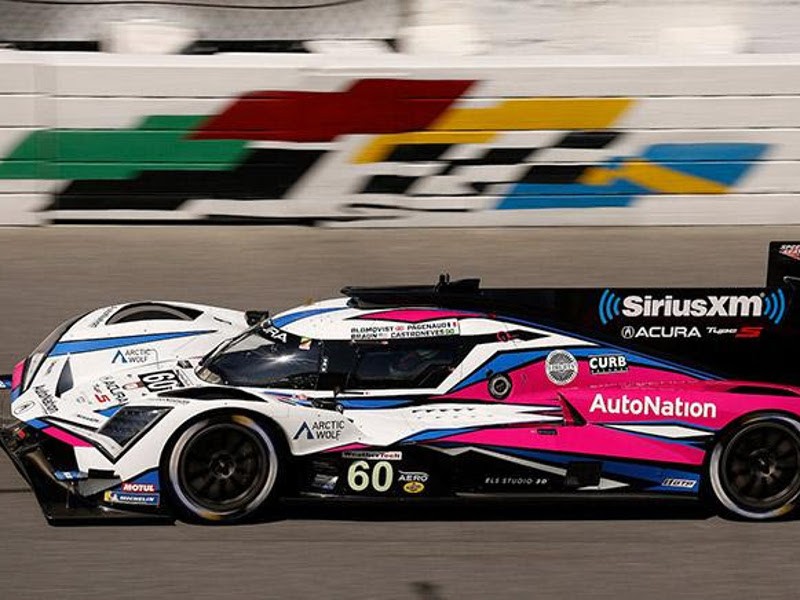 DAYTONA BEACH, Fla. – The 2023 IMSA WeatherTech SportsCar Championship edged one step closer to the starting line with the first official practice sessions of the new season at Daytona International Speedway.

For months, sports car fans around the world have been anticipating the debut of the exotic, hybrid-powered prototypes in the new GTP class at the Roar Before the Rolex 24, and Daytona Beach delivered picture-perfect 75-degree conditions on Friday. The new cars shone as bright as the Florida sun on what constituted the season’s opening day.

“It feels great – I’ll take it,” Castroneves said. “Any good day in the office is always a good day. It’s great to have everyone synching. Everyone did a good job and let’s keep it going.”

Castroneves, who drives full-time for Meyer Shank’s IndyCar Series team and shares in the workload at the IMSA Michelin Endurance Cup events, has participated in the development of the Acura ARX-06. But he admitted that until Friday, he was yet to feel comfortable in the new machinery.

“To be honest, it was the first time I felt good in the car,” said Castroneves. “Acura did a lot of work behind the scenes that people don’t understand. When I was here testing the last time, there was no way I was happy. There were question marks, big time. But the end of the day, everyone did a great job and now let’s just keep it going.”

Chip Ganassi, whose organization partners with Cadillac Racing to field Cadillac V-LMDh prototypes in the WeatherTech Championship and the FIA World Endurance Championship, paid tribute to the complex technology of the new prototypes, and the countless development hours that went into getting them ready for this moment.

“Here we are now in a race situation,” Ganassi said.

“It’s what we all look forward to and what we are excited about, and it’s all coming to a head this weekend.”

Over the course of the three-day Roar weekend, competitors in all five classes of the WeatherTech Championship will utilize 7.5 hours of track time from five test sessions in preparation for the 61st running of the Rolex 24 At Daytona, set for Jan. 28-29.