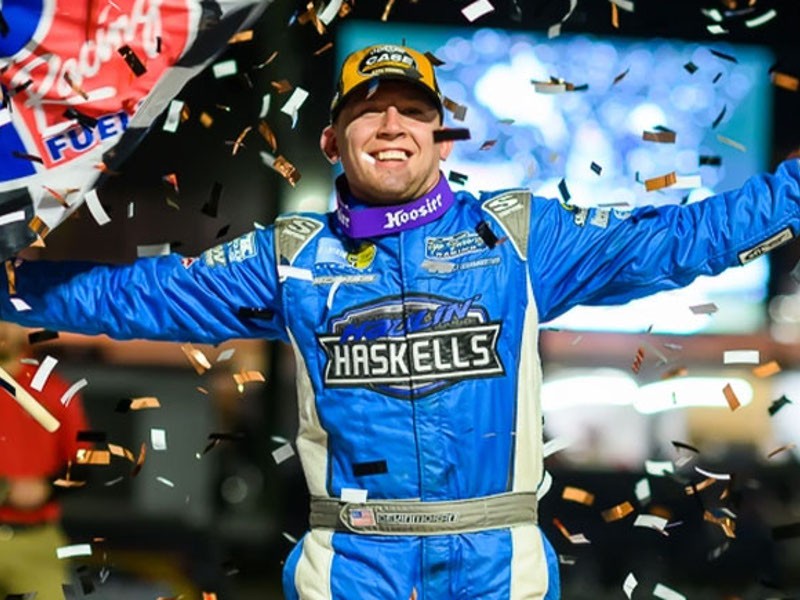 McCreadie stormed to the lead when the 25-lap feature began, quickly pulling away from outside pole-sitter Chris Madden.

McCreadie built up more than a half-straightaway lead before the caution flew for Jordan Koehler on lap 9.

That’s when Moran’s climb to the lead began, as he powered past Nick Hoffman and Madden to pull into second on lap 10, setting his sights on McCreadie.

As McCreadie worked through slower traffic, he got loose in turn 4 on lap 19, allowing Moran to close within inches of his spoiler.

From there, Moran’s momentum propelled him underneath McCreadie in turn 1, as he slid in front of McCreadie’s nose to take the lead for good in turn 2 on lap 20.

Moran held on for the final six laps to score his 10th career World of Outlaws triumph — one worth $8,000.

“This track was just really tricky tonight,” Moran said. “I just went in there and did what I thought I could do to get by (McCreadie). I felt like I was pretty clear. I don’t know if I was or not.

“But Timmy is a really good racer, and I drove hard when I got by him because I was sure he was on my heels.”

McCreadie crossed the line second after leading the first 19 laps. Chris Madden followed in third, with Ryan Gustin in fourth, and Ricky Thornton, Jr. in fifth.