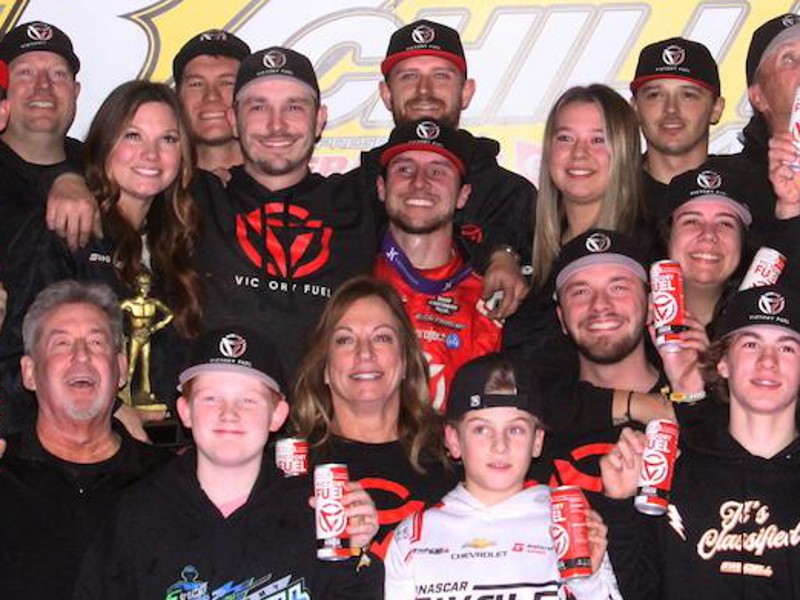 TULSA, Okla. - Logan Seavey won his first Midget race in over a year on Friday night. He backed that up by scoring his first career Lucas Oil Chili Bowl Nationals victory on Saturday night.

The Sutter, California native held off a hard charge from defending race winner Tanner Thorson to record the win at at Oklahoma’s Tulsa Expo Raceway.

“I don’t even know yet,” Seavey said when asked how it felt to win.

“I’ll let you know tomorrow, but for now, it feels awesome. It really set in when they handed me the Driller, and I got to talk to Kevin (Swindell, car owner) a little bit. He deserves it, and will probably get a lot more, so to win this race is special, but to win it in the No. 39 on our first try is really cool.”

The win is a first for Kevin and Jordan Swindell as car owners. The Swindell name now accounts for 14 overall wins in Chili Bowl competition.

Seavey lost the lead on the initial start to Hank Davis, but a reset saw Seavey come away with the top spot with Cannon McIntosh in pursuit. McIntosh would take the lead himself on lap 21 with a move off turn four on the 1/5-mile layout.

McIntosh held the position while working through traffic, but found himself under fire on lap 30. Seavey took the lead again on lap 31, with Thorson moving to second behind him.

Thorson challenged time and again, with the action being broken up on the final lap by a caution, setting up a green-white-checkered finish. It was to no avail, as Seavey held off Thorson by 0.306-seconds to score the win.

McIntosh had to settle for third, with Shane Golobic in fourth, and Emerson Axsom in fifth.

The 2024 Lucas Oil Chili Bowl Nationals is slated for January 8-13, 2024, at the Tulsa Expo Raceway. For more information, visit ChiliBowl.com.