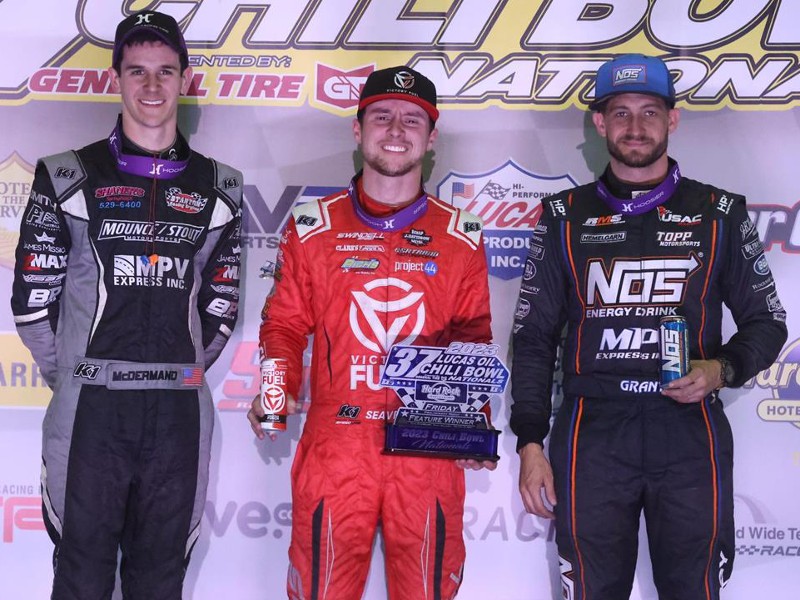 “It’s even more special to do it with Kevin (Swindell),” said Seavey, who locked himself into Saturday night’s A-Main with the win. “He’s obviously one of the best to ever race here, so for him to come back ten years later since he’s won with his own car and have so much speed right away is something. For me, to put together a good night, it’s been a while, and it’s been over a year since I’ve won a Midget race, so to do it with him especially, it gets my confidence back where it needs to be.”

It marks the second preliminary night win Seavey’s career and the first as a car owner for Kevin Swindell, who won the event as a driver from 2010-2013. Seavey’s previous win was for Keith Kunz in 2019.

Seavey kept a quick pace over the race for second in a race that saw its share of spills. The race went under the red flag on lap 8, when Ethan Mitchell ended up hung in the fence after contact while battling with Justin Grant.

Seavey took the win by 0.516 seconds over Justin Grant, who is also locked into Saturday night’s big race with his second place finish.

Chase McDermand followed in third, with Zeb Wise in fourth, and Jason McDougal in fifth.