NASCAR Playoffs Round of 12 speeds into Texas 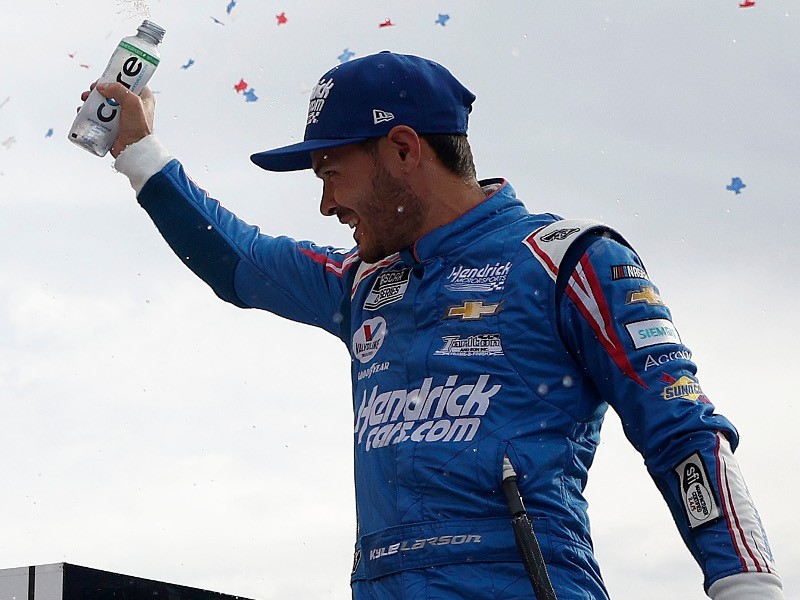 The 2022 version of the NASCAR Cup Series Playoffs are proving to be as competitive as any in recent memory, and now the Round of 12 begins this Sunday afternoon at Texas Motor Speedway.

The 12 championship eligible drivers are separated by only a slight 34 points from top to bottom – from points leader Chase Elliott to series rookie Austin Cindric in 12th place. Only 21 points separate Elliott from his Hendrick Motorsports teammate in fourth place, Kyle Larson. The two drivers are the most recent NASCAR Cup Series champions – Elliott in 2020 and Larson the reigning title holder.

While non-Playoff drivers swept the Round of 16 Playoff races, Texas has a winning history with those currently still vying for the big trophy. Larson led a dominating 256 of the 334 laps from pole position to earn his Playoff win on the Texas high banks last year. It was one of three consecutive Playoff victories – and five total – that propelled the 30-year-old Californian to his first series championship.

Larson would love to reclaim that Texas giddy-up going forward. After a 10-win career-best year in 2021, he’s had only two victories this year – the last coming on the Watkins Glen road course five races ago.

Only one other current Playoff driver has won a Playoff race at Texas. Denny Hamlin, who took the trophy in 2010, is ranked sixth in the Round of 12 Playoff reseeding, has three wins total at the track.

Hamlin would concede he had an up-and-down regular season, but the perennial championship contender has certainly been on his game in the Playoffs, with two runner-up finishes at Darlington and Kansas and a ninth-place showing at Bristol last week. With Joe Gibbs Racing teammate Kyle Busch’s elimination from title contention, the JGR team opted to swap pit crews so now Hamlin will have Busch’s group going forward, and vice versa.

“This is going to be a very important race,” Hamlin said. “With the unknowns of (upcoming Playoff races) Talladega and the Charlotte ROVAL, we’re looking at Texas as a place we can go run up front, try to maximize our points and be in contention for the win.”

The only other Playoff driver with a Texas trophy is Team Penske’s Joey Logano, who is second to Elliott in the standings by 15 points. He won in the spring at Texas in 2014.

Busch is the winningest active driver at Texas with four victories – including the 2020 Playoff race, but he was eliminated from championship contention last week. Austin Dillon – also eliminated from the Playoffs after Round 1 – is also on that short list of Texas winners, earning his trophy in the 2020 Spring 500-miler.

Kevin Harvick is the winningest active Playoff race winner at Texas, but he was eliminated from the Playoffs last week. Harvick leads all active drivers with three Playoff wins at the 1.5-miler – the last fall victory coming in 2019.

Playoff driver Ryan Blaney, who is still racing for his first points-paying trophy of the season, won the All-Star race there in May and goes into this weekend ranked eighth – in the final transfer position to the Round of 8 on points – hoping to match his Spring effort.

Interestingly, four of the five first-time Playoff contenders have advanced to this second round. Ross Chastain, a two-race winner in 2022, is third in points. Chase Briscoe is ninth in the standings. Daniel Suarez is 11th and Team Penske’s Cindric – who won the Daytona 500 – is ranked 12th.

“Be clean and let the other teams make the mistakes,” Larson said of the tact used by his team. “Honestly, if you can just finish you don’t have to do anything crazy in the first couple rounds. Don’t take yourself out of stage points or a good finish and you can advance.”

A victory automatically advances a Playoff driver to the Round of 8.

Veteran A.J. Allmendinger became the first driver to win back-to-back regular season championships. But Noah Gragson takes the No. 1 seed and “favorite” tag into Saturday’s Playoff-opening race. The 24-year-old Las Vegas native has won the last three races coming to Texas and boasts a six-win tally on the year – already doubling his previous season high mark for victories with seven races to go.

A fourth straight win this week at Texas Motor Speedway – a venue he has never won at before – would tie a 40-year-old series record. Sam Ard (1983) is the only driver in series history to win four consecutive races.

Gragson has earned a series best 15 top fives and a series-high 13 stage wins. In just the last eight races, Gragson has four wins, six top-five and seven top-10 finishes. And he carries a 13-point edge over Ty Gibbs as the first three-race elimination round of the championship begins.

“It’s been a wild month for this No. 9 Bass Pro Shops team, winning the last three races,” Gragson said. “(Crew chief) Luke (Lambert) and our team are really hitting a stride and there’s no better time to do that than in the Playoffs. We’ve got a big head of steam and we’re going to keep that hot streak going this weekend at Texas.

“Can’t wait to get the Playoffs started on the right foot this weekend.”

Gragson’s closest competitor all season, Gibbs, has five wins. But after winning three times in a five-race stretch in the opening months of the season, he has only a single win since July 2 – at Michigan, six races ago. Gibbs has 10 top-fives and 16 top-10 finishes but has a pair of finishes 27th or worse in the five races since Michigan – including the worst finish of his young career (36th place) last week at Bristol.

A couple of veterans are poised to keep the young Gragson and Gibbs honest in the Playoffs. Justin Allgaier is ranked third, only 18 points behind his teammate Gragson. And Allgaier has led a series-best 726 laps this year. His 12 top-five finishes are second only to Gragson. His best finish at Texas is runner-up in spring of 2021.

Allmendinger has three victories and a series-best 23 top-10 finishes. That means he’s finished outside the top-10 in only three races this entire season and he trails Gragson by only 19 points.

Berry and Mayer are teammates with Gragson and Allgaier marking the first time in JR Motorsports team history that it has four cars qualify for the Playoffs.

No current fulltime Xfinity Series driver has won a Xfinity race at on the 1.5-mile Texas high banks.

John Hunter Nemechek is the defending winner of this Playoff race, leading a race best 71 laps and taking the victory in 2021 by 1.316-seconds over eventual series champ Hemric. Gragson, Allgaier and Austin Cindric rounded out the top five. Nemechek will be competing this weekend driving the No. 18 Joe Gibbs Racing Toyota.