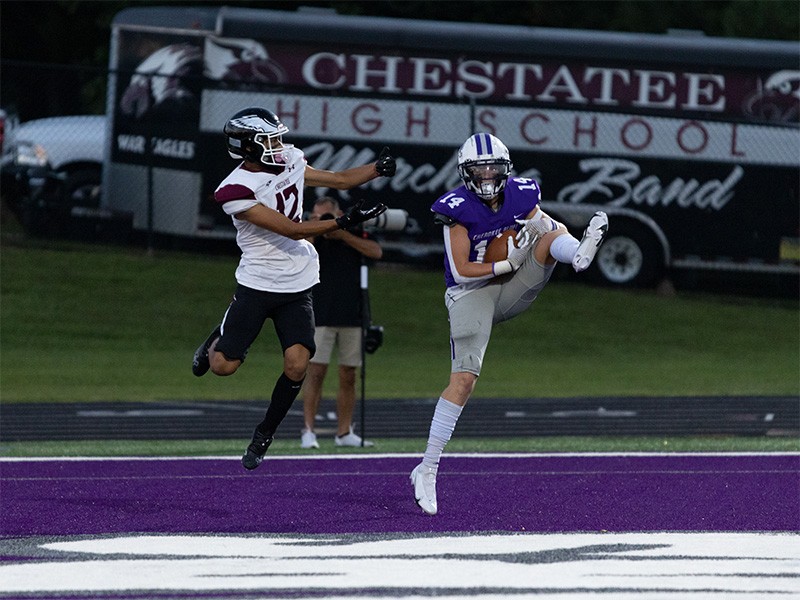 The Bears tallied nearly 500 yards of total offense, including 317 yards on the ground, led by Jaylon Carroll's 135 yards on 13 touches.

Cherokee Bluff got on the board first as Max Eubanks hauled in a 38-yard touchdown to take a 7-0 lead with 7:34 to play in the first. Five minutes later, Connor Griffin punched in a second score for the Bears from four yards out.

The Bears kept it going, scoring three times in the final 6:38 of the first half. Eubanks ran in a 12-yard touchdown, followed by a 10-yard carry from Carroll before a 51-yard touchdown catch by Jhace Justice with eight seconds to play in the half.

The War Eagles got on the board late in the third on a 1-yard rush by Elijah Pruitt, but the Bears answered with a pick-six from Landon Kemp with three minutes to play in the game. Adriel Vargas punched in a 5-yard touchdown with 80 seconds to play for Chestatee before the War Eagles got a scoop-and-score to wrap up the scoring.

The Bears will travel to North Hall next week, while Chestatee will host North Oconee.