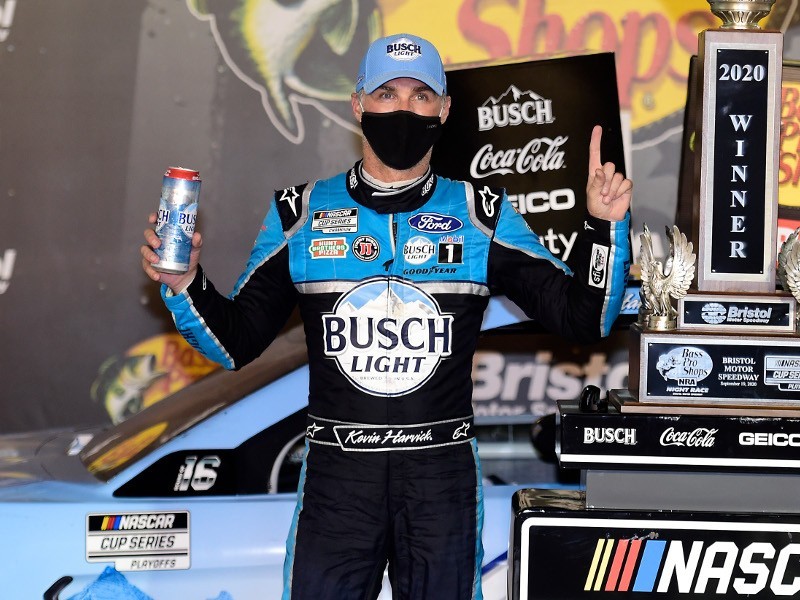 This is the last chance for NASCAR Cup Series drivers to stake a claim on one of the 11 available spots in the Playoffs’ Round of 12.

With non-Playoff drivers Erik Jones and Bubba Wallace having won the postseason opener at Darlington and the second Round of 16 race at Kansas, respectively, only one driver has clinched a berth in the Round of 12 entering Saturday night’s race at Bristol Motor Speedway.

The one driver who won’t have to worry about falling below the cut line is Christopher Bell, who finished fifth at Darlington and clinched a Round of 12 spot with a third-place run at Kansas.

The other 15 drivers — no matter how large a margin above the cut line they might enjoy — will come to the .533-mile with varying degrees of anxiety.

That’s no idle assertion. Thanks to early accidents, Playoff drivers have finished last at both Darlington (Chase Elliott) and Kansas (Kevin Harvick). In the latter race, in fact, Playoff drivers occupied the bottom two positions, with pole winner Tyler Reddick the second retiree behind Harvick.

For Harvick, at least, there’s clarity. Last in the standings and 35 points behind Reddick and Austin Cindric in 11th place, Harvick realistically must win on Saturday night to advance.

Harvick, who has a victory and a second-place finish at Bristol in his last three starts there, is at his best with his back to the wall. In 2014, the first year of the current elimination format, the driver of the No. 4 Stewart-Haas Racing Ford won at Martinsville to advance to the Championship 4 Round and followed that with a victory at Phoenix to claim the title.

That history gives Harvick a valuable arrow in his quiver.

“Experience,” said Harvick, who has three career wins at Thunder Valley. “I think experience goes a long way as you go down this road.

“Obviously, it’s different than the regular season because there’s so much on the line, but our guys have been through that battle. Plus, we don’t have anything to lose.”

Contrast Harvick’s situation with that of Kyle Busch, who trails Reddick and Cindric by two points. An eight-time winner at Bristol, Busch likely will advance with a strong finish at arguably his best track.

Busch also won on dirt at the World’s Fastest Half Mile in April.

“That was a completely different kind of race on the dirt surface, but never hurts to get a win there no matter what the surface looks like,” said Busch, who grabbed headlines on Tuesday with the announcement he will move from Joe Gibbs Racing to Richard Childress Racing next year.

“There are a lot of unknowns going into this race, since there hasn’t been a race with the Next Gen car on the concrete surface, so a lot of unknowns, for sure. It’s always a great racetrack to circle on the calendar and know it’s a time when we can shine.”

NASCAR Xfinity Series drivers will get their last chance to qualify for a seven-race Playoff on Friday night at Bristol Motor Speedway.

Ten drivers already have advanced to the postseason. Sam Mayer and Riley Herbst clinched spots on points last Saturday at Kansas Speedway. After winning an appeal of the L2 penalty imposed after his Daytona victory, Jeremy Clements is back in the Playoffs with a guaranteed spot.

That leaves defending series champion Daniel Hemric, his Kaulig Racing teammate Landon Cassill, Ryan Sieg and Sheldon Creed in the thick of the battle for the final two berths. Hemric is in the best position, 37 points above the cut line. Cassill is 12th in the standings, 19 points ahead of Sieg in 13th.

Creed is 32 points behind Cassill and in need of help to claim a Playoff spot. Of course, any of those four drivers could earn a spot with a victory, as could Brandon Brown, Anthony Alfredo, Myatt Snider or Jeb Burton.

At the top of the standings, defending race winner A.J. Allmendinger can clinch the Regular Season Championship — and the 15 Playoff points that go with it — by scoring 23 points or more on Friday, the equivalent of a 14th-place finish if he scores no stage points.

But Allmendinger knows there are no guarantees.

“With Bristol, you just never know,” he said. “It’s all situational. You could easily get caught up in someone else’s mess early in the race, and you are out of it. Or it could come down to another finish like we had last year where we are all battling in the final laps.

“My team knows that, if we’re in that situation racing for a win at Bristol and a regular season championship, I’m going to do whatever it takes and put it all on the line to get the job done.”