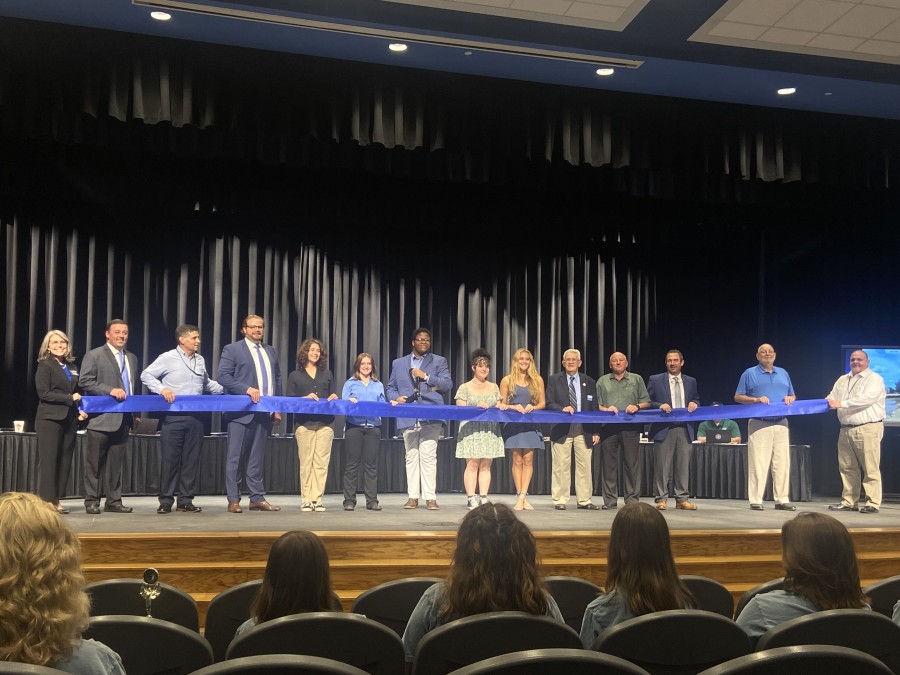 Johnson High School hosted a ribbon cutting and unveiled its new performing arts center to the public on Monday.

“To see this space given to us truly is a privilege. I mean, I feel like a Hollywood star being in here,” Mariia Josa Brrios, a student at Johnson High  School said.

Brrios was among a group of students giving tours of the new center.  Many upgrades were made to address concerns in safety and logistics.  The performing arts center connects to the main building and gym and allows for more classroom and performance space under one roof.

“It makes me feel accomplished performing in a theater like this.  The old stage is actually a fraction of what it is now, which is amazing because we have so much more space,”  Keirra Dastin, a Johnson Highschool student said.

Edwards explained that the space will be available for other schools in the area to use.  Chicopee Woods Elementary and South Hall Middle school are among five schools that have already booked shows.

Johnson Highschool also has a number of performances planned for the school year.  The first show is a one-act play titled When She had Wings.  Other plays and musicals on the agenda are a Cabaret musical called Let it Snow, Wizard of Oz and the Curious Savage.