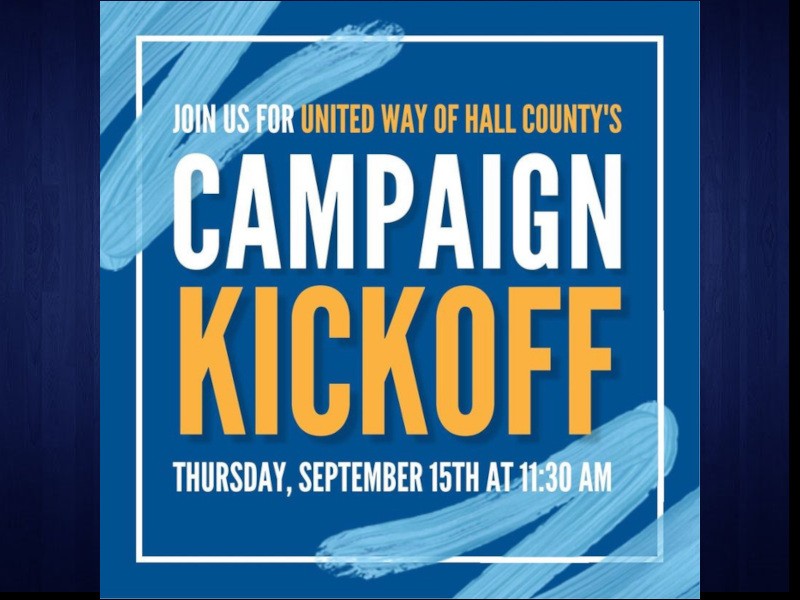 The event will be held at the Gainesville Civic Center in the main ballroom.  Lunch will be provided by the Southern Baked Pie Company.  An RSVP can be made on their website unitedwayhallcounty.org.

“It’s a free event open to the community and is really just a way to celebrate the people who support and give to United Way,” Meghan Fernandez, the Director of Resource Development for United Way of Hall County said.

Fernandez said this event is also for people who would like to learn more about United Way and those who are interested in being a part of their mission.

Fernandez said that United Way focuses on uniting the resources, organizations and people needed to improve the lives of people in the community.

“We're so lucky in Hall County to live in a community that is so giving. And we have such a great network of nonprofits and safety net services to serve those in need,” Fernandez said.

United Way of Hall County’s fundraising campaign runs from January to December.  In 2021, they raised over 1.4 million dollars. They also focus on volunteer projects throughout the community.