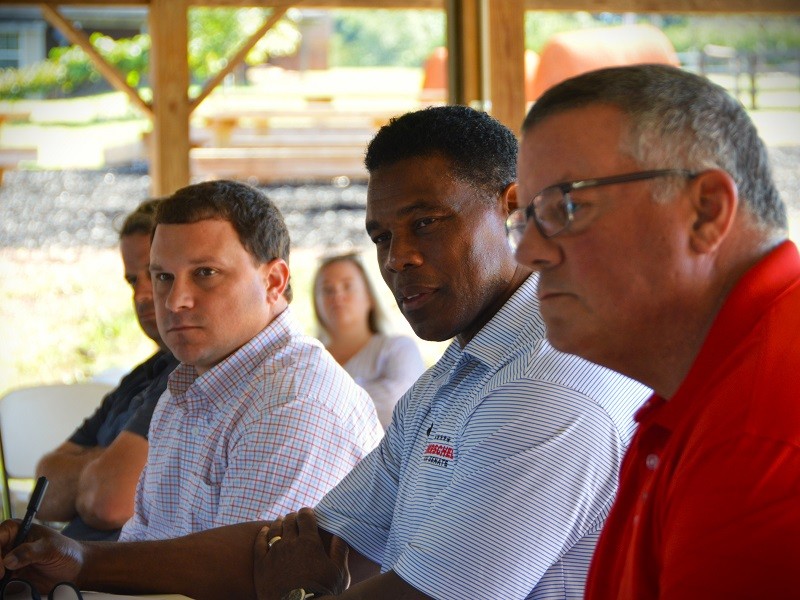 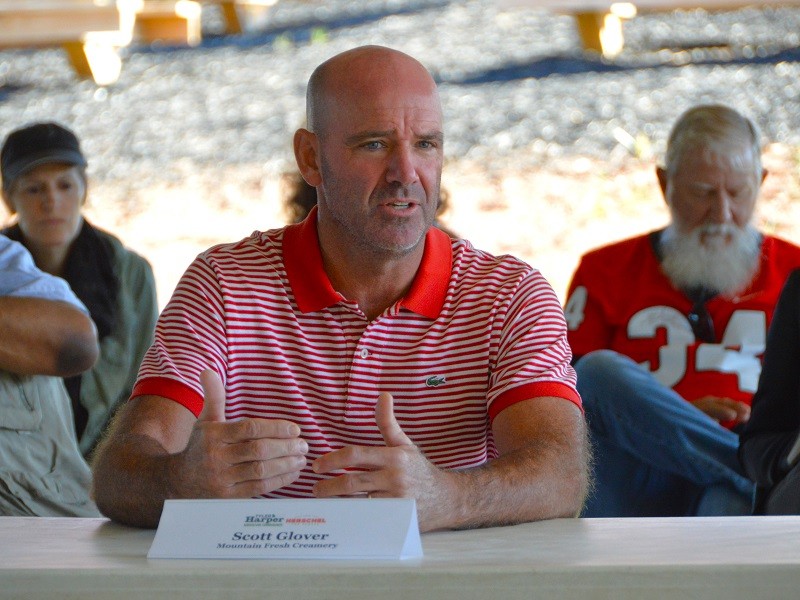 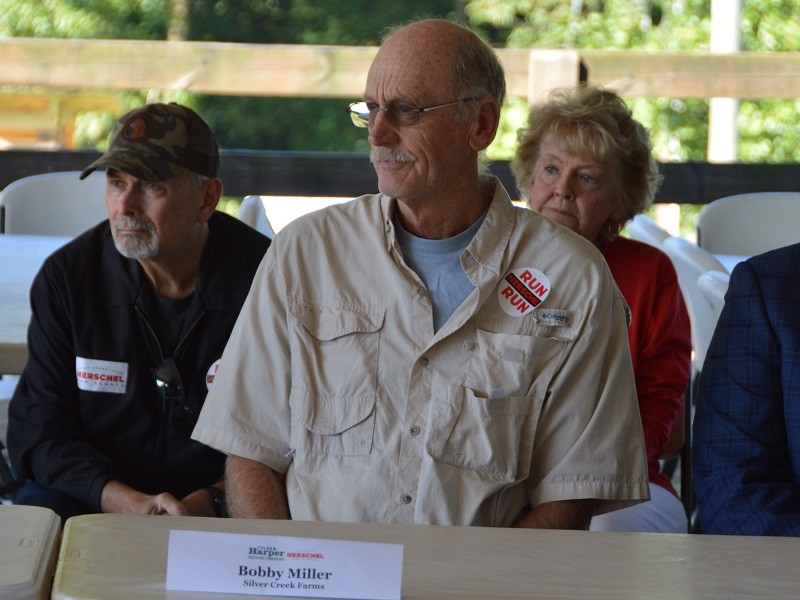 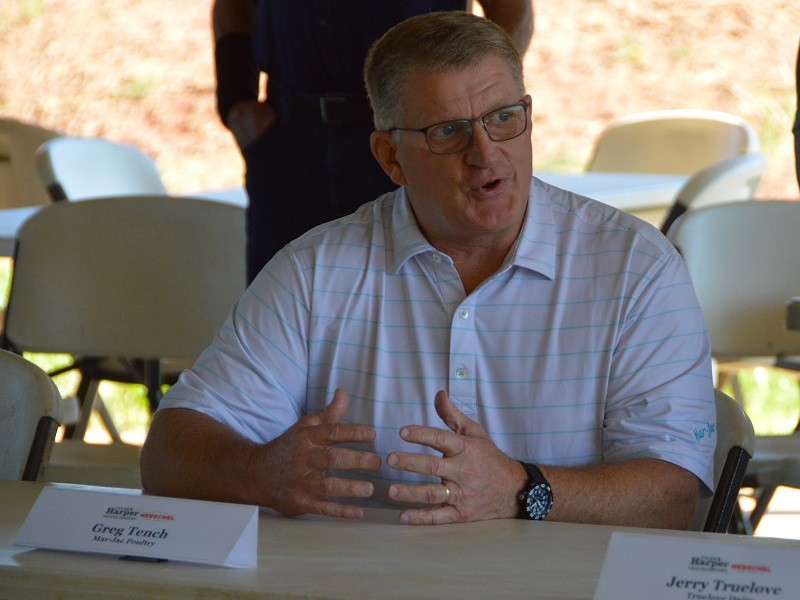 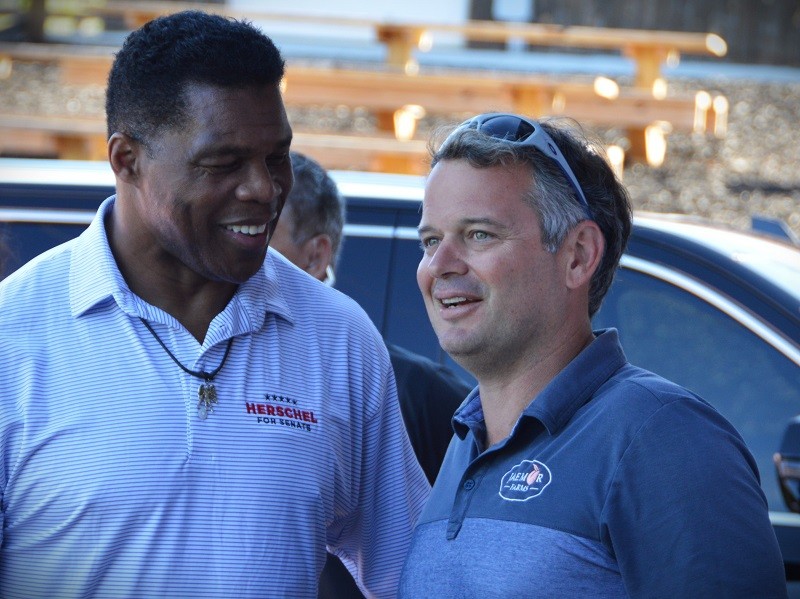 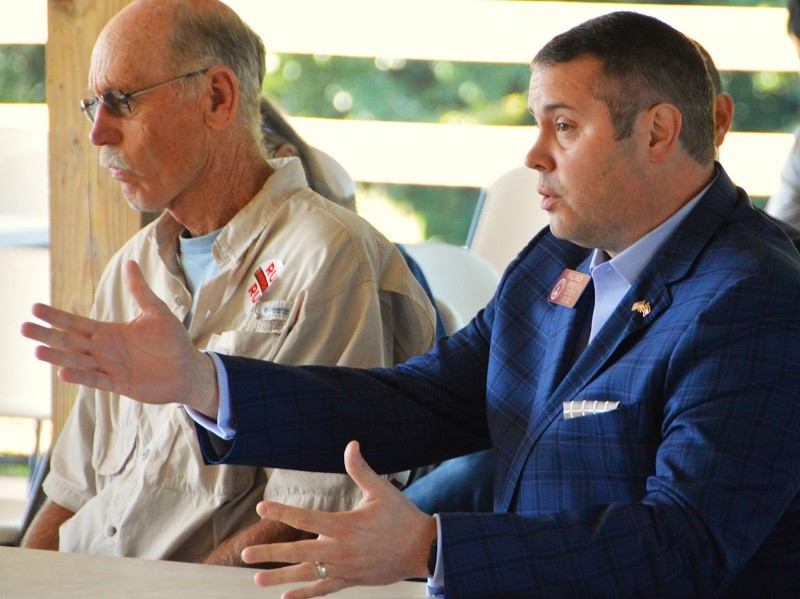 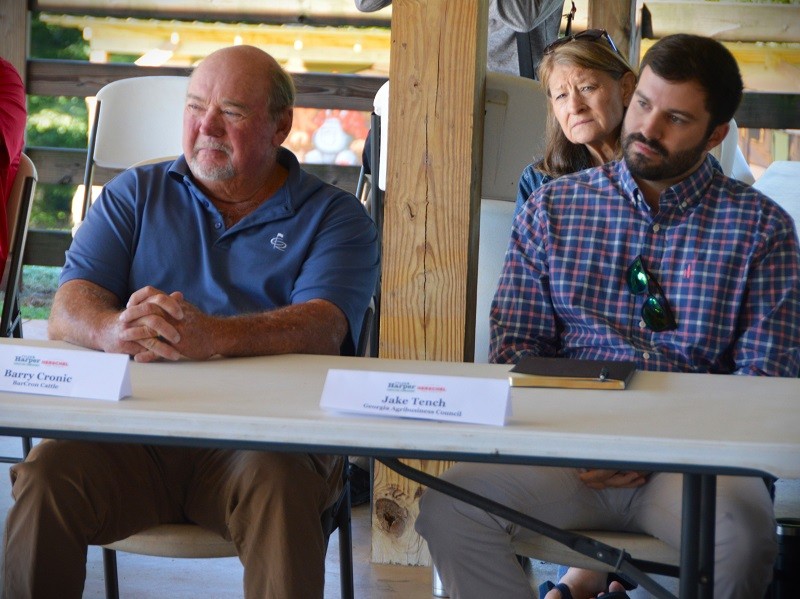 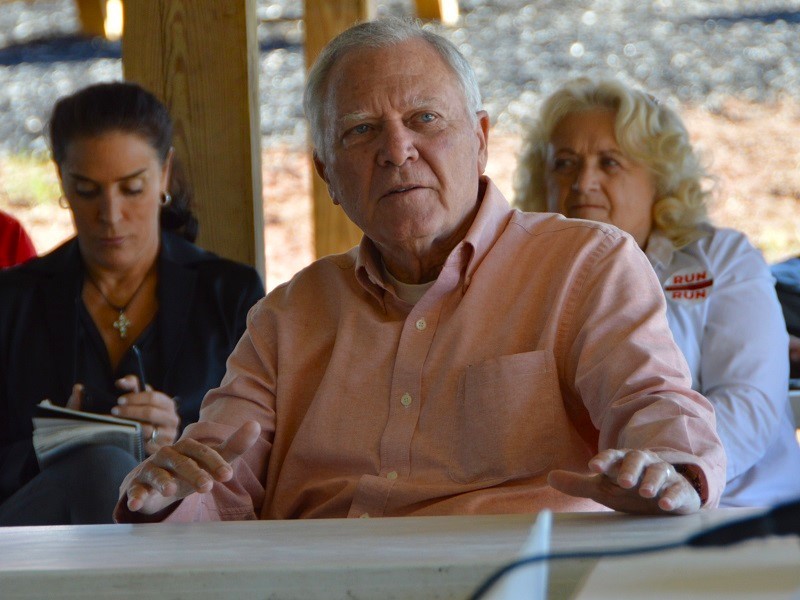 The event, hosted by Drew and Shelly Echols at Jaemor Farms in Alto, included representatives from various agriculture sectors in North Georgia.

During the discussion, Walker said he hopes to form a “kitchen cabinet” to advise him on food and agriculture-related matters, and is a strong advocate for raising awareness of where food comes from – saying it’s not the grocery store.

Greg Tench, director of marketing and sales for Mar-Jac Poultry of Gainesville, says he is thankful for the opportunity to have concerns from across the agricultural spectrum heard.

Harper said he is pleased with the discussions from Tuesday’s event and looks forward to holding more like it in the future.

“Today was just an opportunity for us to hear from farmers and producers,” Harper said. “As a farmer/producer myself, it's always good to hear from other farmers and producers and have a conversation. And it was great to have Herschel Walker with us to hear those concerns. Because at the end of the day, those of us that are looking to lead our industry and with Herschel being, looking, hopefully being our next United States Senator and me serving as our next Commissioner of Agriculture, those are the issues that he and I are going to have to work together on to address to ensure that agriculture continues to be prosperous, that our number one industry continues to be successful. And that's the goal of this meeting today. And we look forward to these continued conversations to help address the issues that our industry need addressing and to allow agriculture to prosper in our state to continue to be the best state for business as well.”

District 9 State Rep. Will Wade, who currently represents Dawson, northern Forsyth, and Lumpkin counties (soon to be Dawson, Lumpkin, and White counties), said he is thankful leaders recognize the importance of listening to agricultural producers.

“One of the things I'm excited that Drew and Shelley allow for this conversation to happen is it really wasn't a campaign stop,” Wade said. “It was a policy discussion that's impacting folks right here in this state that have had family businesses – we heard two, three, four, seven generations – and they're concerned that this industry is going to be wiped out in the next five to 10 years. That's important for policymakers like myself, but also, you know, a future ag commission and a potential future U.S. Senator to understand what regulation has done, to limit their ability to operate and to feed our citizenry.”

Scott Glover of Mountain Fresh Creamery in Clermont expressed concerns about governmental regulations on milk production and whether the industry can sustain providing meal for school lunches nationwide.

Former Gov. Nathan Deal agreed with Tuesday’s roundtable participants that conversion of corn to ethanol is a concern, especially when that corn is needed to make chicken feed.

”Obviously depending on who you talk to in the farming industry as I pointed out, if you talk about Iowa corn farmers, they are all for the preference that they get for their corn being used for ethanol,” Deal said. “If you talk to the poultry operators who are right here within a mile of where we are standing in North Georgia, they'll tell you that that corn that is being diverted into ethanol used to be used for chicken feed and because they're having to make other alternatives or having to pay a higher price to get the corn. It translates into higher meat prices in the poultry that they sell. So, it depends on who you talk to in the farming industry. They've got different points of view.”

“The rail strike’s very critical,” Tench said. “Most all of our grains that we use to feed our chickens come in, the corn and soy, comes in by rail. And we get any interruption in that because we don't have the storage to do over a week to week and a half of feed, so we don't get corn we don't feed chickens. So, hopefully the federal government can get this worked out in the next week and hopefully we can get back and get our grains flowing.”}

District 51 State Sen. Steve Gooch of Dahlonega, who represents Lumpkin County and seven others, says he is concerned about the impact of inflation on the farming community.

“Agriculture is our main industry here in Georgia,” Gooch said. “It remains the strongest industry and most important to us because it feeds our families. And we've seen the inflation and what an impact it has played on. not only tourism, but also agriculture and everything that we touch as consumers and so we're concerned about how the economy is going to impact farmers.”

Wade said the common thread of concerns raised Tuesday is that regulatory overstep by government is hurting the agriculture industry, placing it in jeopardy.

“You heard each, whether they're a big business or a small business, they all had the same basic theme,” Wade said. “They've got time issues that they have to deal with, they've always had to battle Mother Nature, and government has only added on additional barriers for their success and that's got to change.”