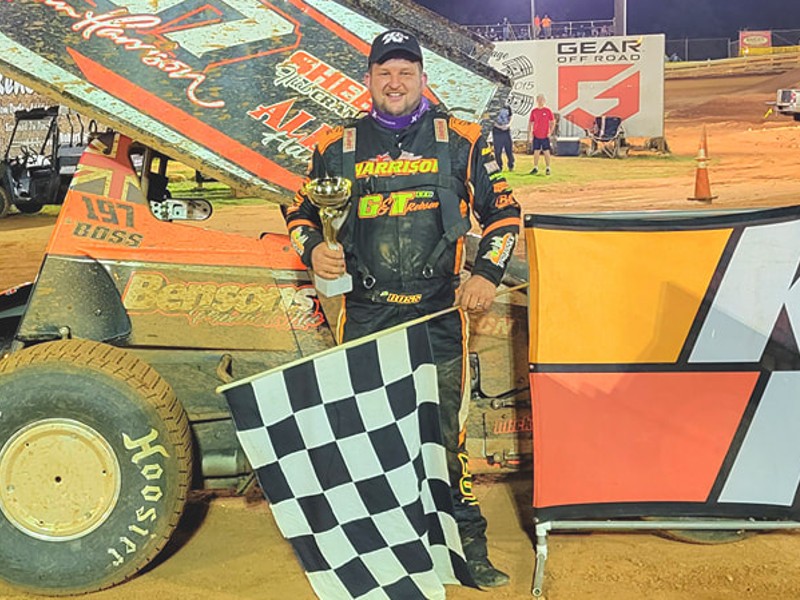 But for Ryan Harrison, the destination was worth it, as he landed in victory lane with a win in USCS Sprint Car Series competition on Friday night.

He survived a mid-race caution that brought Eric Riggins, Jr. and Terry Gray to his rear bumper for the restart.

When the green flag flew, Gray got past Riggins and pursued Harrison until they reached lapped traffic. Gray drew within three car lengths before Harrison got back in clean air.

Gray gave up the runner-up spot to Riggins a couple of laps later.

Riggins chased Harrison to the finish line but had to settle for second with Gray in third, Brandon McLain in fourth, and Alex Lyles in fifth.

The series was slated to compete on Saturday night at Cherokee Speedway in Gaffney, South Carolina. But wet weather left the track unworkable, leading series officials to cancel the event.

Up next for the USCS Sprint Car Series is a trip to Riverside International Speedway in West Memphis, Arkansas on October 7-8. For more information, visit USCSRacing.com.