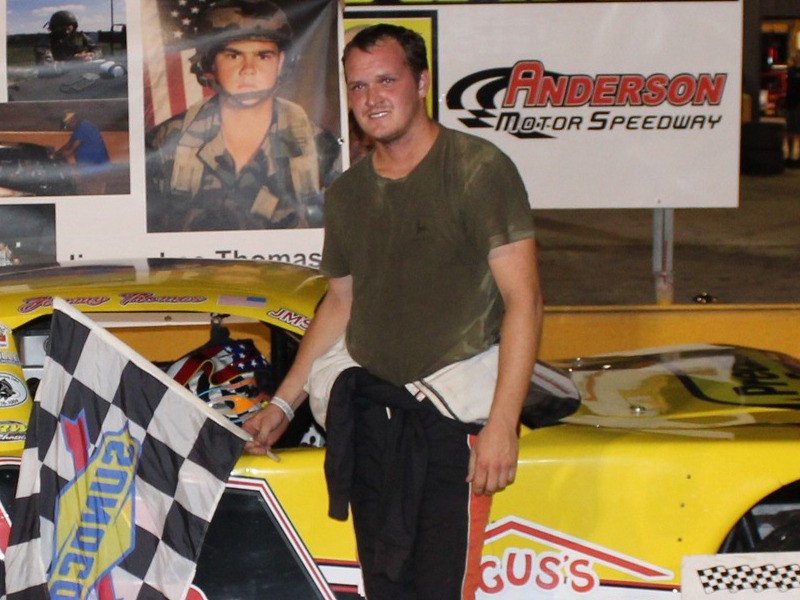 There were two winners in Limited Late Model competition at Anderson Motor Speedway in Williamston, South Carolina on Friday night.

Ralph Carnes crossed under the checkered flag ahead of R.A. Brown to score the 40-lap Championship Night feature victory.

Behind him, Justin Sorrow crossed the finish line in fifth, wrapping up a championship run in the division for the 2022 season.

Sorrow, who hails from Belton, South Carolina, score the title on the strength of three wins on the season at the 3/8-mile asphalt raceway. His title run was bolstered by finishing in the top five in all 12 division features on the year, a feat no other driver accomplished.

In the final tally, Sorrow beat out Archie Adams by a 22 point margin.

Jock White finished in third on Friday night, with Adams in fourth.

In other action, Rodger Gentry put the bow on a successful 2022 by winning the BM Modifieds season finale, along with taking the division championship. Scott Robinson followed in second, with Riley Gentry in third, Chuck Mitchell in fourth, and Bryan Mitchell in fifth.

Chad Campbell scored his third Mini-Stock feature victory of the season on Friday night, beating out B.J. Thrasher and Ryan Howard for the win. David Darnell finished in fourth, which was good enough to tie up the division title. Ben Kay came home in fifth.

Landen Lewis topped the US Legends field to close out the season with a win. Mitchell Thompson followed in second, taking home the division championship in the process. Josh Dickens, Carson Brown, and Dwayne Holder rounded out the top five.

Chris Lawson was the winner in the Pure Stocks feature, with Chandler Gallman second, and Chase Plesko third. Danny Gilbert crossed the finish line in fourth to secure the division championship. Brandon Cates followed in fifth.

Jordan White took the victory in the Young Guns feature, along with winning the division title. Jaylen Norris and Halee Whitfield rounded out the podium.

Tommy Davis scored the victory in the Front Wheel Drive season finale. Joshua Thomason crossed the finish line in second, but celebrated at the end of the night as the division champion. Robert Hall finished in third, with Allen Porter in fourth, and Casey Burkett in fifth.

While Anderson Motor Speedway regular season is at an end, there are still events slated to be held at the raceway. Action returns to AMS on Saturday, September 17, as the track plays host to the Carolina Pro Late Model Series and the Carolina Crate Modified Series. For more information, visit AndersonMotorSpeedway.com.