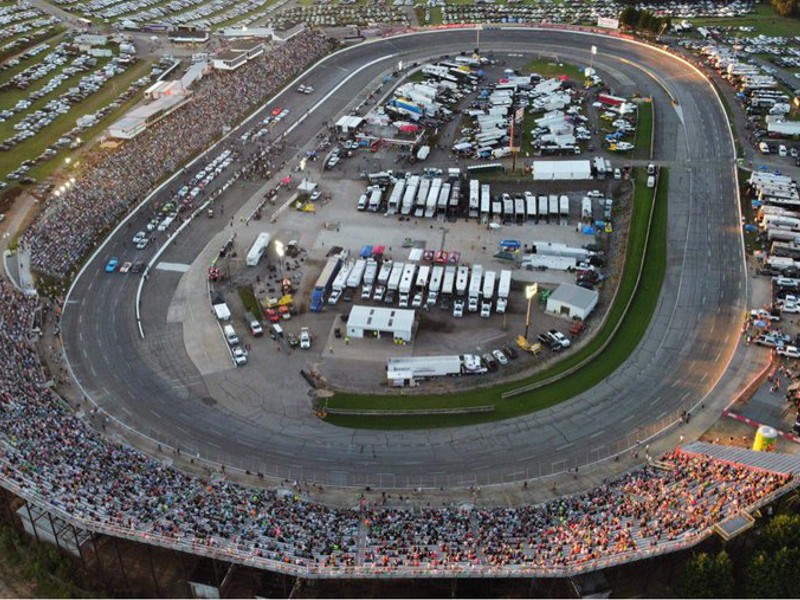 Speedway Motorsports and NASCAR announced Thursday that, as part of NASCAR’s 75th anniversary season, the NASCAR All-Star Race will be held at historic North Wilkesboro Speedway in 2023, capping off a three-day event weekend at one of stock car racing’s most storied venues, May 19-21, 2023.

“The NASCAR All-Star Race has always been the fans’ race, and I can’t think of a better way to celebrate the fans during NASCAR’s 75th anniversary than returning to North Wilkesboro Speedway,” said Speedway Motorsports President and CEO Marcus Smith. “We couldn’t have made this happen without tremendous support from so many people including Gov. Cooper, our state legislature, NASCAR, Dale Earnhardt Jr., and of course, the people of Wilkes County. We’ve got a lot of work to do, but we’ve got the will to create something special alongside a community and hard-working staff that will get it done.”

The announcement was made outside of the North Carolina Museum of History, with North Carolina Gov. Roy Cooper, NASCAR Hall of Famer Dale Earnhardt, Jr. and NASCAR Chief Operating Officer Steve O’Donnell joining Smith for the program.

“Motorsports are critical to North Carolina’s history, culture and economy, and our investments have helped to get the engines running again in places that needed revival,” said Gov. Roy Cooper. “North Wilkesboro Speedway is back and better than ever, and the All-Star Race will take it to new heights.”

In November of last year, an $18M allocation from federal American Rescue Plan funds was designated for infrastructure improvements at North Wilkesboro Speedway through the North Carolina state budget. Earlier this week, Wilkes County awarded construction contracts for the forthcoming work. The General Assembly has agreed in principal to provide a $4M economic grant next year toward additional facility improvements to host the 2023 NASCAR All-Star Race and future special events.

North Wilkesboro, then a dirt track, hosted its first race in May of 1947. Over the next five decades, the 0.625-mile circuit hosted 93 NASCAR Cup Series races – its list of winners a variable who’s who of NASCAR royalty, including Richard Petty, Darrell Waltrip, Dale Earnhardt, Cale Yarborough and hometown hero Benny Parsons. Next year, the 39th running of the NASCAR All-Star Race will mark the first Cup Series event at North Wilkesboro Speedway since 1996.

NASCAR Hall of Famer and noted motorsports historian Dale Earnhardt, Jr. has been a passionate supporter of the revitalization of North Wilkesboro Speedway.

“Some of my best memories as a little boy were going to North Wilkesboro,” said Earnhardt. “And it got even better when I raced there as a teenager. I never thought I’d see that place full again, and then I got to race there this summer in a late model before a full house. There’s just something special about it. I know the track, the fans, and the community will put on a show when we’re back with the Cup cars for the All-Star race.”

“North Wilkesboro Speedway boasts a winners list that features the true giants of our sport, and next year, another great will be added as the NASCAR Cup Series stars once again race at this historic facility,” said Steve O’Donnell, NASCAR’s chief operating officer. “As part of our 75th anniversary season, we’re are excited to return to the roots of the sport for the NASCAR All-Star Race. This will be a can’t-miss event as we honor our past and look forward to the future.”

Complete schedules for on-track competition and fan entertainment will be announced at a later date, as will the 2023 NASCAR All-Star Race format.