Cook claims Southern All Stars victory at I-75 Raceway 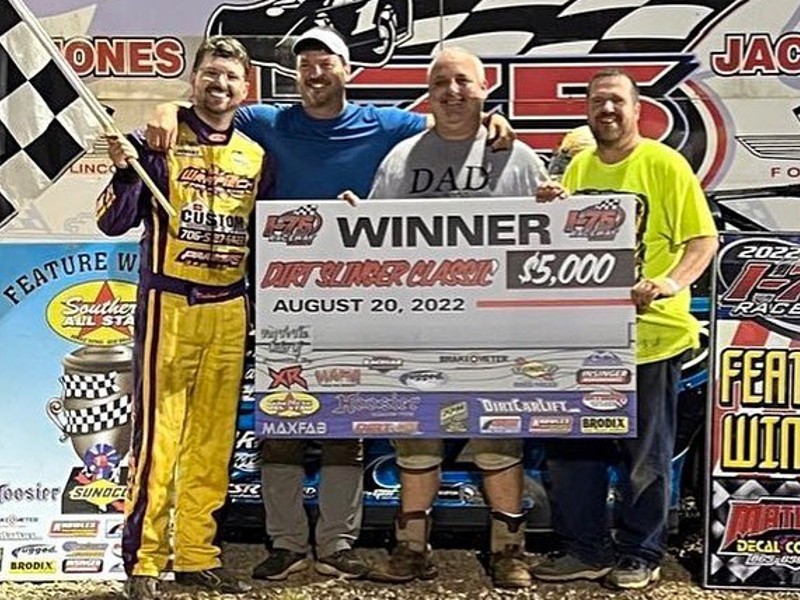 Dalton Cook held off a fierce challenge from Eli Beets on the final restart to win Saturday night’s Southern All Stars Dirt Late Model Series race at I-75 Raceway in Sweetwater, Tennessee.

The Columbus, Georgia racer started the night from the third position, and stalked pole sitter Sam Seawright for the majority of the opening laps. Cook made his move on lap 11 of the 40-lap feature to take the point, and held it for the duration.

Beets closed on Cook over the closing laps, and saw his opportunity when a caution flew with four laps to go. But Cook drove away on the restart to capture the win and the $5,000 payday.

Beets had to settle for second, with Seawright in third, Jason Hiett in fourth, and Billy Franklin in fifth.