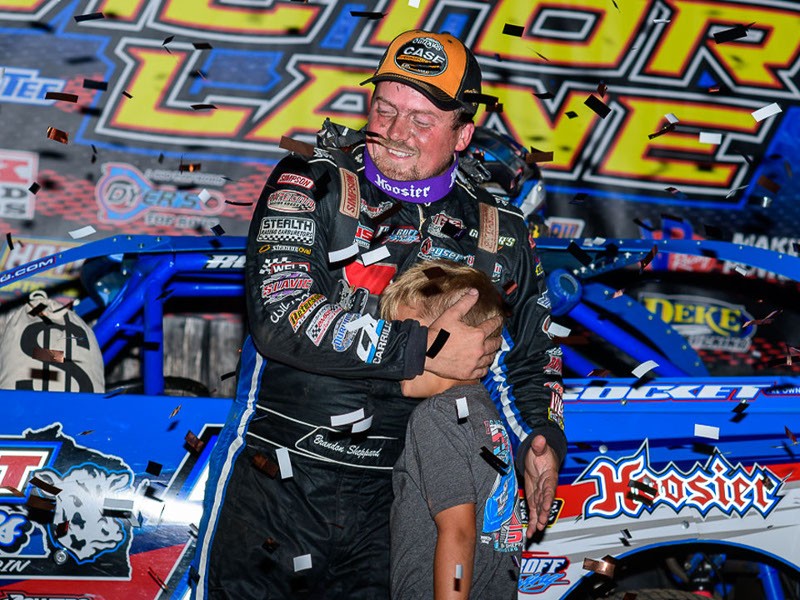 FAIRBURY, Ill. - Brandon Sheppard used his experience at Illinois’ Fairbury Speedway to quickly take the lead, and hold it the rest of the way to score the World of Outlaws CASE Late Model Series win on Saturday night.

It marked the third Prairie Dirt Classic victory for the New Berlin, Illinois driver, and bagged him a $100,000 payday.

While he never relinquished the lead, Sheppard didn’t go unchallenged. Fellow Illinois competitor Bobby Pierce chased Sheppard for more than 20 laps, trying to slide past the former champion and grab his first win in the prestigious event.

From there, Sheppard cruised to victory despite surviving several late-race restarts.

“With all that track prep and stuff, and the way that they did it, I felt like the cushion would be there,” Sheppard said. “The bottom was still pretty hard. It was wet down there, but I didn’t feel like it was going to keep up with the cushion if I could run it right.

“It was definitely tricky. It was rough around there after they tilled it, like a rut all the way around about a car lane off the top. It was tricky, and the transition from blowing the cushion over top of that, it was definitely tricky. I was about to turn over a couple of times, I thought, but it paid off, it was a crazy race, and we were very fortunate to lead all of the laps.”