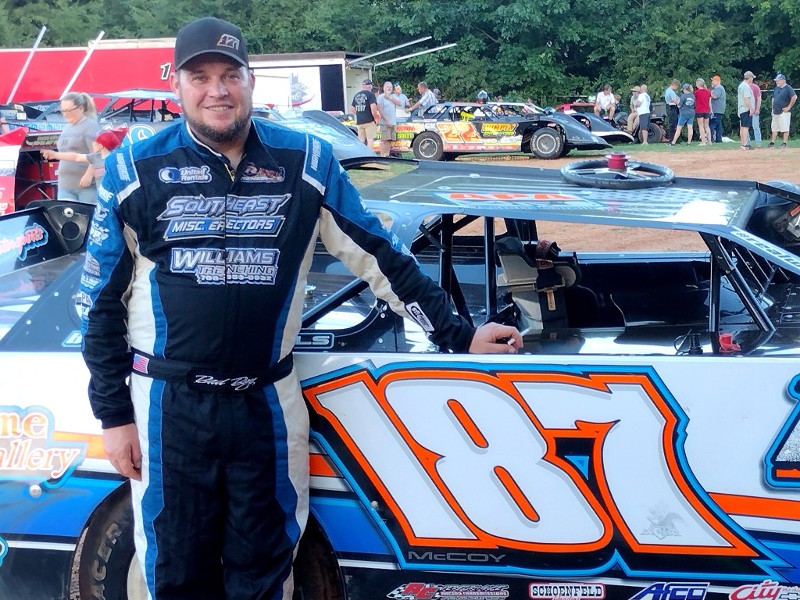 The Franklin, North Carolina speedster jumped to the lead on the opening lap over Brandon Haley, and ran largely uncontested to the victory at the 3/8-mile clay raceway.

Chris Woods came home in second, with Vince Fanello in third, Haley in fourth and Bubba Russell in fifth.

In other action, Cody Segars took the lead on the drop of the green flag, and went on to record the win. James Campbell finished in second, with Speedy Baughman in third, Willie Baughman in fourth, and David Dove in fifth.

In the Modified Street feature, Chris Cape edged out Michael Segars on the opening lap. Cape then held off several challenges from Segars to take the victory, with Jimmy Johnson in third, Evan Brown in fourth, and Aaron Calvert in fifth.

Steven Shedd held North West at bay en route to the Front Wheel Drive feature win. West had to settle for second, with Jake McBride in third, Stacy Foster in fourth, and Lee Mason in fifth.

Dwayne Dove took the win in the Georgia Enduros feature, with Michael Davis in second, Noe Zuniga in third, Adam Rouse in fourth, and Bobby Terry in fifth.