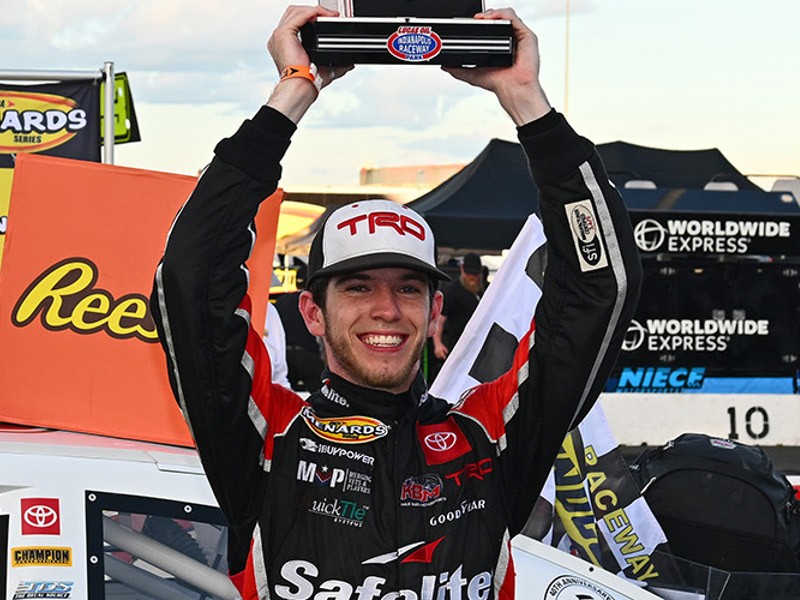 BROWNSBURG, Ind. – It was a battle of two Smiths on Friday night at Lucas Oil Indianapolis Raceway Park in Brownsburg, Indiana.

When the checkered flag waved, it was Talking Rock, Georgia’s Chandler Smith who bested Sammy Smith to earn his first ARCA Menards Series victory of the season at the 0.686-mile asphalt oval.

“Track position was pretty big,” said Chandler Smith. “You wouldn’t think short track racing (that) aero matters, but it really does. After you’ve done some mile-and-a-half races in Trucks you start coming back and picking up on this a little bit.”

Sammy Smith started from the pole and led the opening 88 laps, but Chandler Smith was able to wheel to the lead during a restart on lap 89.

Once in front of the field, Chandler Smith would hold the lead for the remainder of the event despite pressure from Sammy Smith during multiple restarts and scraping the outside wall on the final lap in turns 3 and 4.

Taylor Gray, who had won the last two series events at the Mid-Ohio Sports Car Course and Pocono Raceway, crossed the finish line in third, with Daniel Dye in fourth, and Connor Mosack in fifth.