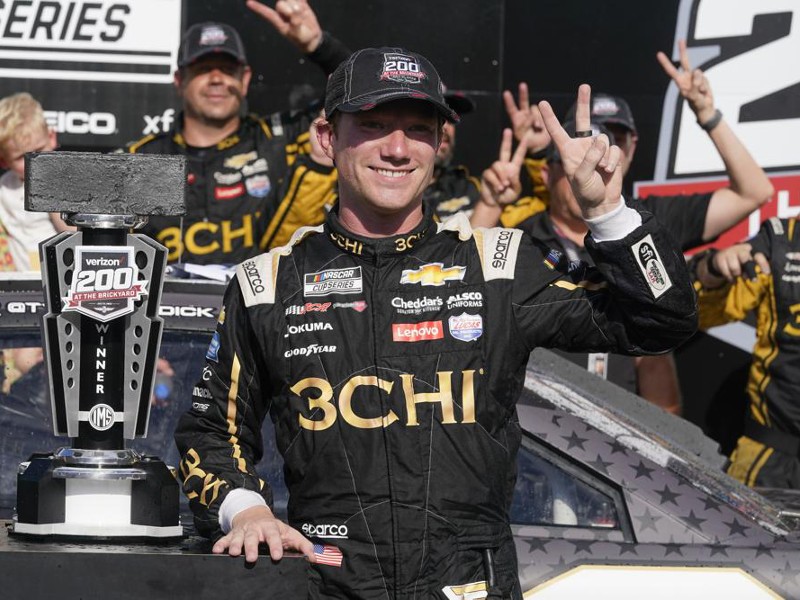 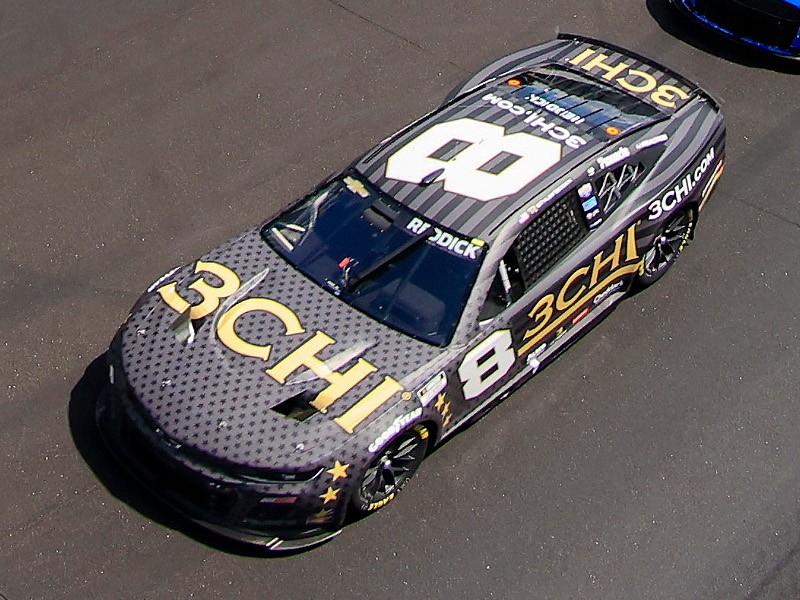 Tyler Reddick had to fight for his second career NASCAR Cup Series victory on Sunday at Indianapolis Motor Speedway.

In overtime on the 11-turn, 2.439-mile infield road course, Reddick came under fire from Ross Chastain, losing the lead momentarily as the field raced towards the white flag.

Reddick powered back around Chastain in turn 13, and held the lead over the final lap to come home with the win on the famed speedway’s infield road course.

It’s the second win of the season for Reddick, with his first coming earlier this month on the Road America road course in Elkhart Lake, Wisconsin.

The win comes after Reddick announced recently that he would leave Richard Childress Racing to drive for 23XI Racing in 2024.

“Well, we just know what we’re capable of, and we did that at Road America,” said Reddick who led three times for 38 laps on the day. “Certainly it was a little bump in the road, but we went out and won a race fair and square a couple weeks ago and if we change nothing, we keep working really, really hard, we find a way back to victory lane.”

“It’s great. This is our fourth win,” said Childress. “We won with Dale, Harvick, Menard, and today with Reddick. It’s always great to win at Indy. There’s no better place. Daytona maybe.”

Meanwhile, NASCAR disallowed Chastain’s apparent second place finish after he used an access road in turn one on the final restart to avoid apparent carnage. That moved Chastain around several other cars but NASCAR ruled it wasn’t a legal move.

“Just trying not to be in the corners there in turn 1,” said Chastain, who was dropped to 27th with the penalty. “I thought we were four wide, and couldn’t go any farther right, and decided to take the NASCAR access lane out there.”

“Just pure reaction there for our Worldwide Express Chevy,” Chastain added. “I took it in practice on exit, overshooting turn 1. You know where they’re at and in 12 you have to go around the loop there, and there is around the pole. Just wanted to not get hit and merged back on where I merged.”

“I couldn’t believe he got ahead of me,” Reddick said. “I was kind of waiting to see if he was going to have a penalty because I didn’t want to move him out of the way and make his race worse than what it was.”

Reddick started the day on the pole, and had the dominant car on the day, playing pit strategy at the end of each segment to put him in the best position to contend for the win.

Reddick took command with 19 laps to go in the event, and promptly began moving away. He saw his advantage disappear when a cut tire on the car of Christopher Bell brought out a caution, allowing second place Chase Elliott to restart alongside on the front row.

On the subsequent restart with three laps to go saw Reddick and Elliott make contact as they battled into turn one, with Reddick coming away with the lead. But Elliott’s day went south when his car spun in turn 1, collecting the car of William Byron in the melee.

Moments later the caution flew again when the car of Austin Dillon spun and got stuck in a gravel trap.

That sent the race into overtime, setting up the run to the win for Reddick.

Austin Cindric, who started the day in second, finished the day as the runner-up.

“That was nuts. Oh my gosh,” said Cindric, who won his first career race in the season opening Daytona 500 in February. “I hope the race fans enjoyed that. Obviously, those green-white-checkereds it’s just caution out the window and everyone has fenders and bumpers to use, I guess. A lot to take in, a lot to handle. I’m glad we survived it all.”

Harrison Burton scored the best finish of his career, as the rookie came home in third.

“It’s just exciting,” said Burton. “Proud of our team to keep persevering through those hard moments, and cool to get Dex Imaging a podium here in the Wood Brothers 21. It’s really neat to drive this car and just proud to carry those colors every time we go out on the racetrack.”

“That’s really our best weekend start to finish by far, so hopefully that’s just something to build on,” said Gilliland. “For me, that’s a lot of confidence. Road course racing is tough, too. I’ve always loved it, but it hasn’t really loved me so much this year, especially the first time here at Indianapolis. That’s really cool.”

Bubba Wallace recorded a strong fifth place finish on the day, giving him his third top 10 in a row.

“I’ve made improvements on road courses, but out there I feel like I’m busting out qualifying laps and it’s just good enough to get that position. I got to figure out where to gain speed. I’ve got a great team behind me. Everybody at 23XI, I appreciate it. They gave me a decent car – a decent car to go out and learn with and survive.”

Joey Logano followed in sixth, while defending race winner A.J. Allmendinger, driving with a malfunctioning cool suit that left him overheated in the car, soldiered home to a seventh place finish.

Despite the wild finish and a multitude of spins during the event, there was only on serious crash. It occurred on lap 61, when the brakes apparently failed on Kyle Larson’s car as he raced into turn 1, making hard contact with the car of Ty Dillon. Both cars were heavily damaged, but neither driver was injured in the incident.