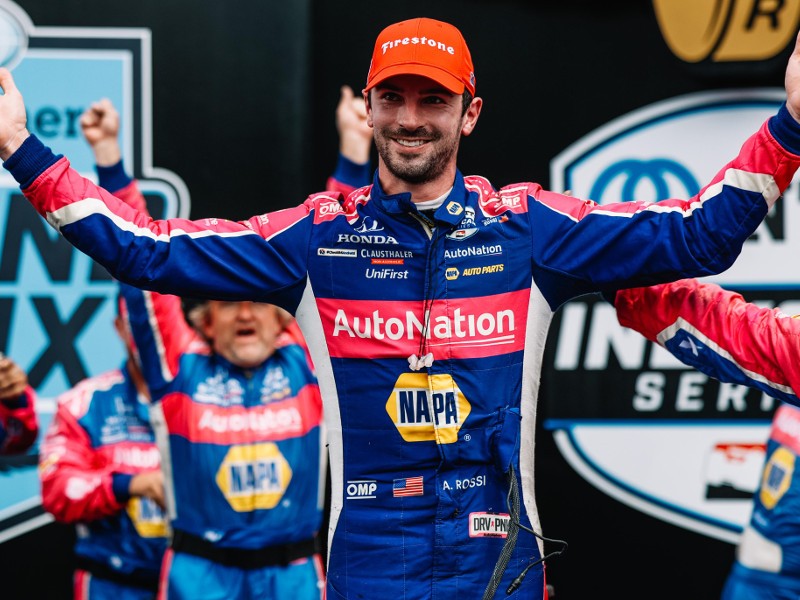 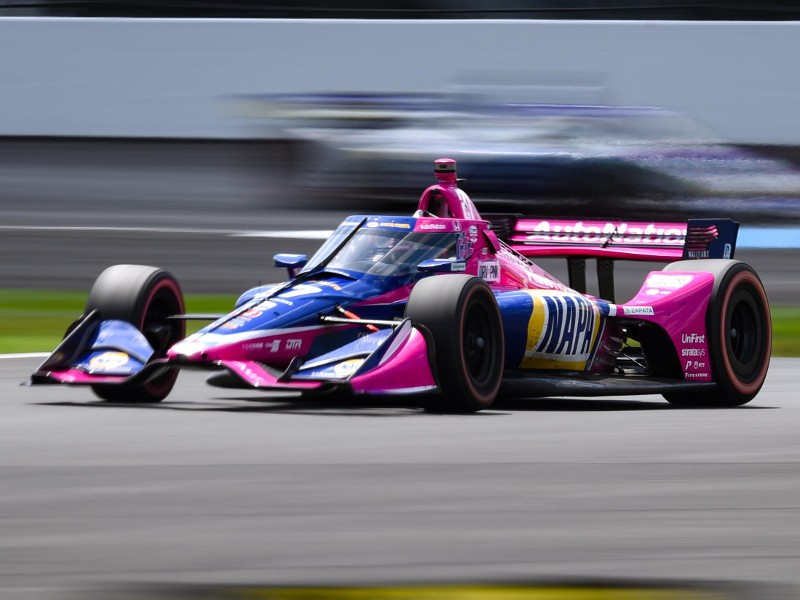 INDIANAPOLIS, Ind. - The drought finally is over for Alexander Rossi.

“It’s a relief, man,” Rossi said. “It’s been so many things for so long. Thankfully something came our way.”

Andretti Autosport driver Rossi crossed the finish line in his No. 27 Honda 3.5441 seconds ahead of rookie Christian Lundgaard, who earned a career-best second place.

Will Power finished third in the 85-lap race and took the series points lead with just four races remaining. Power holds a nine-point lead over Marcus Ericsson, who rallied from starting last in the 25-car field to finish 11th.

Team Penske ended up with all three of its drivers in the top five. Scott McLaughlin finished fourth, with Josef Newgarden fifth.

Rossi, who started second, took the lead for good on lap 42 when leader and teammate Colton Herta lost drive after navigating turn 8 on the 11-turn, 2.439-mile road course. Herta was able to coast to the entry of the pit lane, but his race was over. He was credited with 24th place.

The mechanical problem was a cruel twist of fate for Herta, who started ninth and drove to the lead by lap 8, passing pole sitter Felix Rosenqvist in turn 7. Herta and Rossi emerged as the class of the field as the early laps unfolded, with rival teams unsuccessfully trying multiple strategies to neuter their advantage.

“I do feel for Colton, I do,” Rossi said. “I think he was definitely strong. We had pretty much the same race car. It would have been interesting. I don’t want to take away anything from what he did from ninth. To get to that position was incredible. But it was the 27’s turn. That’s awesome.”

Once Herta was out of the race, Rossi built a steady gap of around four seconds to Lundgaard. The Danish rookie made things interesting late in the race, closing to within 2.7 seconds with 10 laps remaining.

But Rossi pulled away over the closing laps for a decisive win, ending Lundgaard’s chance of becoming the first rookie to win a series race since Rossi shocked the racing world with his victory in the 2016 Indianapolis 500.

“At the end of the third stint, I was catching Alex,” Lundgaard said. “I was really hoping because every pit stop we always caught up. We lost a bit in the beginning of the stint. The Andretti car had just so much better power down than we did today. That’s what killed our rear tires, and we struggled on the long run.

“The result speaks for itself. Coming in this weekend, we knew we had a strong car.”

Rossi, who led 44 laps, will split $10,000 with his team and his chosen charities, AutoNation’s Drive Pink Campaign and Leilani Mae Horse Rescue, for the victory as part of the PeopleReady Force for Good Challenge.

Power once again produced a composed drive, overcoming early near-calamity, to take the points lead. Power made contact with Pato O’Ward in a three-wide traffic jam in turns 1 and 2 on the first lap and also had an early dustup with Helio Castroneves, finding himself in 16th in the early laps.

But Power calmly drove through the field to earn his seventh podium finish of the season.

“A great recovery, man,” Power said. “You can never expect a normal day in IndyCar. Everyone is very aggressive, and it’s so hard to win in this series. It’s the toughest series in the world. Great job by the Verizon 5G guys. It’s amazing we can go back there and recover all the way to third.”

Less than a race worth of points separates Power from fifth-place O’Ward, who is 46 back. Newgarden is third, 32 out of the lead. Scott Dixon, who finished eighth, is 38 points back in fourth.