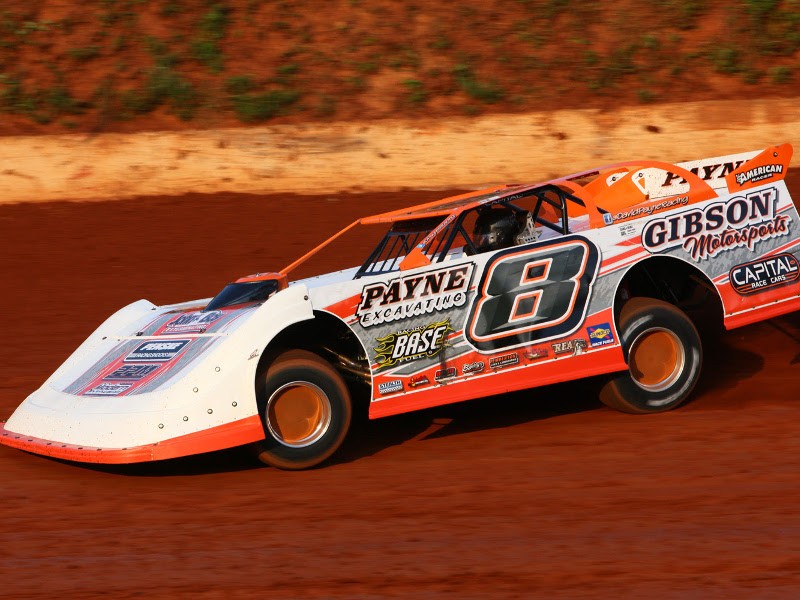 The Murphy, North Carolina racer jumped to the lead on the opening lap, and was on the point when heavy rains began to fall on the ¼-mile clay track with 27 laps complete3d.

With the deluge, series and track personnel had no choice but to call the race official since it had reached the halfway mark, with Payne declared the winner. It marked his third career series win, and gave him a $7,553 payday.

A total of four yellow flags flew over the field during the shortened race prior to rain halting the action. The initial start of the contest was called back before a second caution flag on lap nine waved for a slowing Jensen Ford. A multi-car incident then took place on the following restart prior to Joe Denby winding up in the turn four wall working on lap 28. While track staff was removing Denby’s car from the racing surface, the skies opened up and the event was deemed official.

The series was next slated to compete at Georgia’s Boyd’s Speedway on Friday night, but heavy rainfall overnight and the high threat of more throughout the day led series and track officials to cancel the event. It will not be rescheduled.