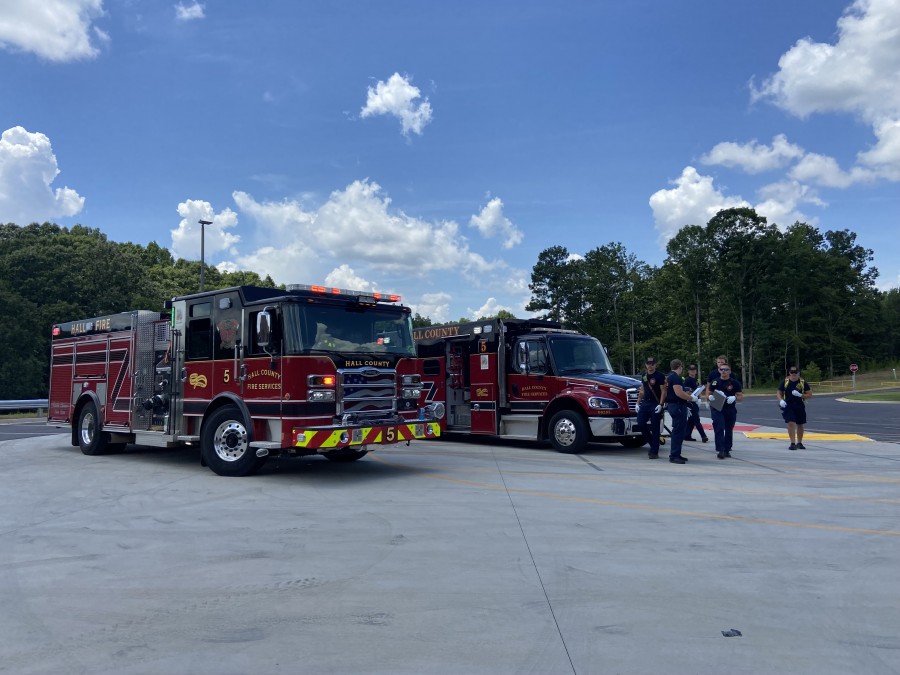 According to Casey Ramsey, director of Hall County Emergency Management and Homeland Security, multi-agency training exercises are done at a minimum once a year.

The agencies said they are ready to respond during a worst-case scenario, but training always helps hone their response.

“I say that we’re ready but always have to train to maintain that discipline,” said Lt. Greg Cochran from the Hall County Sheriff’s Office.

The purpose of Friday's exercise was to get area first responders and the Hall County School District ready for an active threat at a school.

“We have to take every scenario we have seen in the past and learn from that,” Cochran said.

Every situation is different according to Ramsey, who said that is why scenarios are created and acted out as real as possible.

Once the threat has been handled, they then begin clearing the building and dealing with the injured.  Hall County Fire Rescue Public Information Officer Kimberlie Ledsinger said they set up different color mats to help organize the different patients that you may have.

“Green is not seriously injured, the people who can be bandaged up on site.  As the colors go up they get worse and worse,” Ledsinger said.  She explained that black means death.

This was the second week they had been conducting a training exercise according to Hall County Sheriff’s Department spokeswoman B.J Williams.